Home World Rare ‘Albino’ Alligators Born In A US Zoo 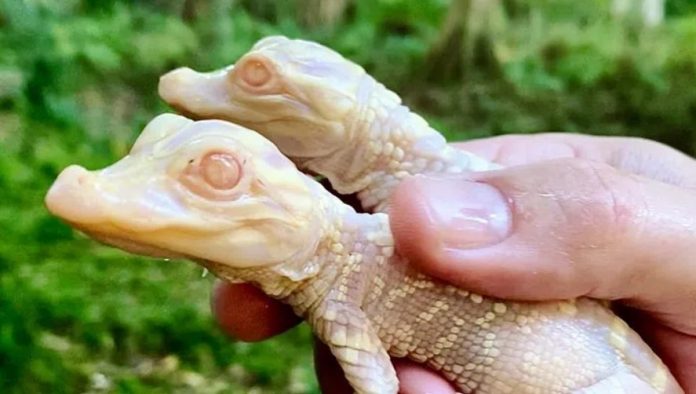 Rare ‘albino’ alligators born in a US zoo. Two extremely rare albino alligators were born at the Wild Florida zoo in Florida, USA. The zoo showed these crocodiles to the world on social media.

These two tiny crocodiles were seen at the Wild Florida zoo in Florida, USA, and were shown to the world via social media.

Sam Haught, the co-founder of Wild Florida, said of the alligators: “You’ll be shocked by how cool they are. These tiny crocodiles can make people show some interest in crocodiles instead of viewing them as scary monsters.

Experts state that albino crocodiles lose their camouflage due to lack of pigment, and therefore it is very difficult for them to survive in the wild.

Sam Haught argued that these crocodiles should live in a controlled manner and stated that they did all necessary to provide the necessary natural environment.