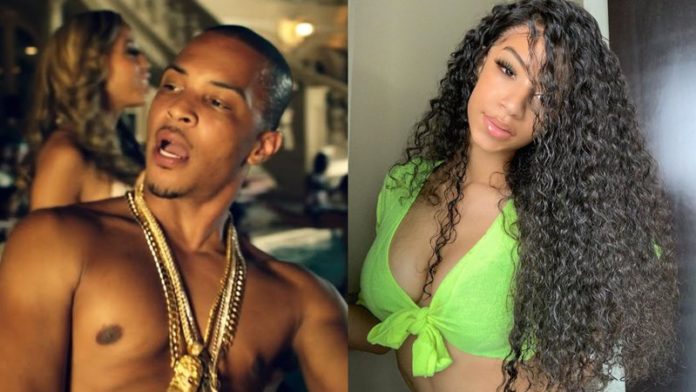 Rapper T.I’s daughter stops following him on Instagram after controversial statements about her virginity.The singer stated that he accompanies her annually to the gynecologist to check if her hymen is intact.

Rapper T.I’s daughter Deyjah Harris stopped following her father on Instagram after the negative repercussions that she accompanied her annually to the gynecologist to check if she was still a virgin.

According to E! News, the 18-year-old has enjoyed a series of tweets that call her father’s “filthy,” “controlling,” “and” “possessive.” She even posted on Twitter that she loved her followers.

However, Deyjah has not yet commented publicly on the case.

The statement by American rapper Clifford Joseph Harris Jr., better known as T.I, sparked controversy on social media last week. The singer revealed that he forced her 18-year-old daughter to consult a gynecologist annually to see if “her hymen is intact.”

According to Hollywood Unlocked, the singer revealed in an interview marking visits to his daughter’s doctor one day after Deyjah Harris’s birthday. ” Usually, the day after her birthday party, while she checks her presents, I put a note on her bedroom door: ‘Gynecologist. Tomorrow. 9:30 ” ‘, said the rapper.

The consultations began when the young woman turned 16 and she also signed a term that allowed the doctor to share the results with her father.

Podcasters Nazanin Mandi and Nadia Moham commented on the rapper’s attitude, and jokingly said that Deyjah was her “prisoner.” The podcast was deleted one day after posting.