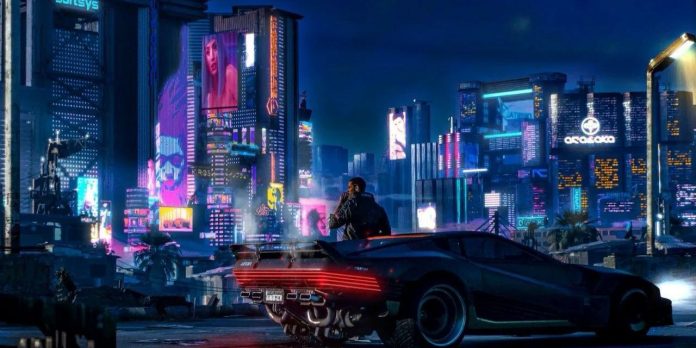 Cyberpunk 2077‘s main questline is a varied look at all aspects of Night City. From the gleaming skyscrapers in City Center to the seedy underbelly of Japantown and the dusty roads of the Badlands, the main quest will have players exploring every nook and cranny of Night City. Even with such a large amount of varied content, a few missions stand above the rest as prime examples of what Cyberpunk 2077’s storytelling is capable of.

In Cyberpunk 2077 players take on the role of V, a mercenary in the futuristic metropolis of Night City. After a failed heist, players must help V pursue a series of leads that may hold the key to saving their lives, with some of Cyberpunk 2077’s biggest story spoilers coming toward the end. Along the way, V will enlist the help of shady back-alley doctors, outlaw nomads on the edge of society, and even become intimately familiar with a digital ghost from the past. V’s story takes them from the top of the world to the bottom and back again, and the players get to enjoy every second of it.

The best missions in Cyberpunk 2077’s main questline show how varied gameplay and deep storytelling can elevate the game above a simple futuristic RPG. Whether it’s a complex multi-stage heist in a massive hotel or blasting through desert scavengers to retrieve a stolen truck full of smuggled valuables, the main campaign has something in it for everyone.

Once V has retrieved the Relic, the following mission will introduce players to its current resident: Cyberpunk 2077 poster boy Johnny Silverhand (who got a new outfit in some free DLC). The mission is a recreation of Johnny’s final assault on Arasaka tower in 2023, and his subsequent death at the hands of Saburo Arasaka. This mission gives players their first extensive look at Johnny Silverhand, his abrasive and swaggering personality, and his near-suicidal combat style. Johnny’s signature Malorian Arms pistol is a joy to wield, and the ending of the mission sets up the sinister Soulkiller program and places Johnny’s soul in suspended animation until it wakes up inside V’s head.

Cyberpunk 2077 doesn’t end at Night City’s limits. The extensive desert Badlands to the south is open for V to explore, and many players’ first experience beyond Night City will be during the mission Ghost Town. The mission has V assisting a rogue Nomad, Panam (one of Cyberpunk 2077’s main romance options), in retrieving her stolen truck and cargo before veering wildly into a revenge-fueled ram-raid. The ambush in the titular Ghost Town once again highlights how open the options are when approaching a situation. Players can cause havoc with several well-placed quickhacks and retrieve the keys to Panam’s truck without ever being spotted, or they can rush the group of renegades with a Katana and re-enact their favorite Samurai movie fights.

Late in the story, V must infiltrate an Arasaka warehouse to hack into a parade float that will be carrying Hanako Arasaka. The mission begins with a simple infiltration test, before opening up to a scale rarely seen in open-world gaming. However the player wishes to infiltrate the warehouse, there is an option for it.

Related: What Cyberpunk 2077’s Happiest Ending For V Really Is

The multiple routes of entry plus varied security placement means that no two runs of this mission will play out exactly alike, and the player’s penchant for stealth or guns-blazing approaches will be given equal opportunity (meaning this mission makes the best use of Cyberpunk 2077’s best Legendary Armors). The massive amount of security guards and robots means that players will have plenty to avoid/annihilate. Not to mention, a hidden smart SMG in the compound means that Gimme Danger is one of Cyberpunk 2077’s most versatile, rewarding missions.

In Cyberpunk 2077, The Heist Is Where V’s Story Truly Begins

The Act I climax sees V and his team infiltrate Konpeki Plaza, a heavily fortified hotel, to steal a valuable piece of technology for a shady client. This mission has it all: high-class stealth and espionage, intense gunfights, and double-crosses. The gameplay of maneuvering the Flathead to the hotel’s netrunner provides an interesting escape from Cyberpunk 2077’s standard, and there’s plenty of opportunity for roleplay in the beginning (especially if the player picked the Corpo background for V). This mission also houses some rare and completely missable items; an iguana egg, Yorinobu Arasaka’s pistol, clothes, and Saburo Arasaka’s katana stashed in one of Cyberpunk 2077’s flying cars. Grabbing these weapons will make the firefights of the latter half of the mission much more doable, and set V up with a unique arsenal to begin Act II.

Automatic Love Shows That Story Is King In Cyberpunk 2077

One of the first steps in figuring out how V’s heist went wrong is tracking down the woman who organized it, Evelyn Parker. V’s hunt for Evelyn eventually leads to Clouds, an exclusive brothel where she previously worked. What follows, contrary to what may be expected, is one of the deepest story-fueled pillow-talk sessions the game can muster. V is sent to a booth with one of Clouds’ workers, and while trying to pump them for information, is confronted by some surprising insights into their current condition. Having access to V’s memories, the worker confronts V about their fears and desires, which reach far beyond the physical. V’s character is laid bare (including what V’s full name is), and the revelations leave them not wanting the conversation to end. It is one of the best-written missions in Cyberpunk 2077, and worth experiencing as soon as possible.

Cyberpunk 2077’s main story is a complex, varied series of missions that takes multiple playthroughs to experience every facet. V’s experiences fighting nomads, infiltrating highly-fortified Arasaka compounds, and debating life philosophy with a worker at an exclusive brothel highlight how the game is able to tie in many different styles of play to one cohesive narrative. Player choice in how V reacts to the world means that one playthrough won’t be enough to experience all the game has to offer. V’s story will stick with players long after the final operation is completed, and the amount of content Cyberpunk 2077 has to offer makes it worth replaying just for the main story alone.

9 Disney Movies You Didn’t Know Were Based On Books