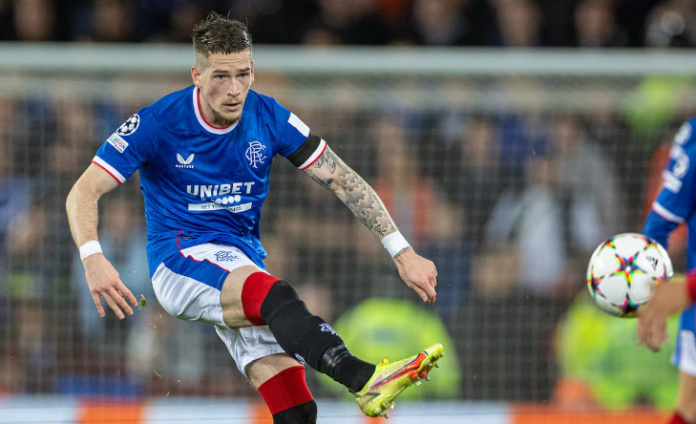 Before the visit to Liverpool, Rangers scored another 4-0 victory in the Scottish Premier League, and Giovanni van Bronkhorst realized that they “have to be brave.”

The Reds head to Ibrox on Wednesday night, preparing to face the Rangers for the second time in a week.

After their first competitive meeting ended with a 2-0 victory for Liverpool, van Bronkhorst’s team will be hoping for a more positive result in Glasgow.

They warmed up, as they did before the trip to Anfield, with a 4-0 league win, this time at home to St Mirren on Saturday.

It was a comfortable day, which began after a goal by striker Antonio Cholak, who is in good shape, in the fourth minute, and the Croat scored again – his 13th goal of the campaign – in the second half.

James Tavernier scored a penalty within half an hour, and Fashion Sakala then recorded the victory in added time in a game dominated by Rangers.

The Scottish Giants had 71 per cent of possession, with 19 shots on goal against St Mirren’s nine – eight of them on target – and three points kept pace with Celtic at the top of the table.

Van Bronckhorst has made five changes to his starting line-up from Anfield, and Cholak’s form could put him in front of a tougher decision when it comes to Wednesday.

Alfredo Morelos was preferred in the first meeting on Tuesday, but after the Colombian struggled to impose himself on Merseyside, he could give way to Cholak.

There is even a chance that Van Bronkhorst will start both, as the manager hints at an all-out attacking approach when he discussed the situation after the game, and Rangers are currently at the end of Group A with zero points.

“We have to score points in the three remaining games, so we will have to take a different approach and we have to be positive,” he told the Daily Record.

“We are at home, and here we were strong. We showed it in the match against Napoli.

“It took three penalties and a red card before we conceded goals. We will prepare well for a meeting with a strong opponent, but we need to get something from the game.

“Can we afford a higher risk? You have to be brave.”

At Anfield, Rangers lined up in a clear 5-4-1 pattern, and on Saturday they were closer to 4-2-3-1, with Ryan Kent among the campers.

Don’t Look Up, Netflix Dazzles With Its New Trailer