Home Entertainment Randy Orton May Reportedly No Longer Fight In 2022 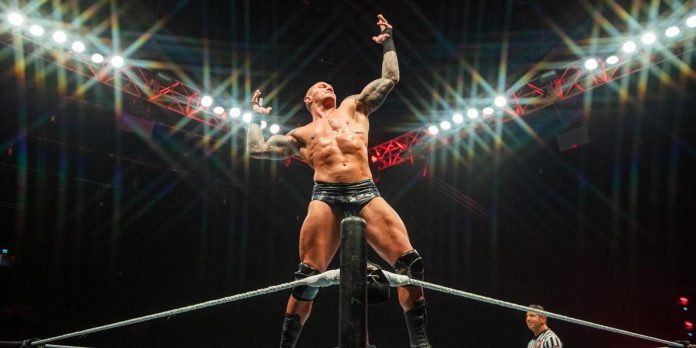 Randy Orton has not appeared on WWE television since the May 20 edition of SmackDown, and a recent report indicates that he may not be able to wrestle again in 2022. Viper and Riddle lost the match for the unification of the team titles with Uso on that night, and since then the former has not been on television. The audience was told that Orton was injured during this match, and this prompted Riddle to tackle The Bloodline, but Randy’s problems apparently persisted until then.

Before the injury, Orton was in the midst of a career revival. His work with Riddle has always been the highlight of Monday Night Raw, and it’s always been clear that he’s having a good time working on these tag matches. However, Orton’s injuries stopped this to the point that he apparently needed to work out before the team’s unification match last month.

Fightful is now reporting that some in WWE fear Orton could end up this year. According to their report, “Orton has been suffering from a back injury for quite some time, to the point that he actually did work to improve his condition before the team title unification match, although we are not sure of the extent of the injury. the ‘work’ that has been done.” The report continues, stating that “(we are) told that things were getting worse and worse, and WWE fears that Orton will be forced to undergo surgery. WWE sources we spoke to said that if this happens, Orton will probably be out of action by the end of 2022. While the exact injury is unknown.”

This report also indicates that there is currently no planned creative for Orton, which will be a huge blow to WWE’s plans for the summer. A few months ago, there were rumors that he would fight Roman Reines at SummerSlam, but it seems that this has been postponed for now. At that point, Riddle was supposedly set to work with The Tribal Cheif at Money In The Bank, but when WWE failed to sell out Allegiant Stadium, they moved the premium live event to a smaller venue and removed Reigns from advertising. Now Riddle is going to fight Raines on Friday night SmackDown on June 17.

Orton’s injury problems are just the latest in a string of problems faced by some of the industry’s biggest stars. AEW will be without CM Punk for the next few months, and WWE recently lost Cody Rhodes due to a torn pectoral muscle. Rhodes and Orton were two key cogs of the Raw brand, and losing The Legend Killer over the next six months would be brutal for the company in terms of future bookings. They already lack reliable, solvent persons. Moving forward without Rhodes and Orton over the next four to six months won’t be easy, to put it mildly.

Todd and Julie Christie Speak Out After Being Found Guilty of...