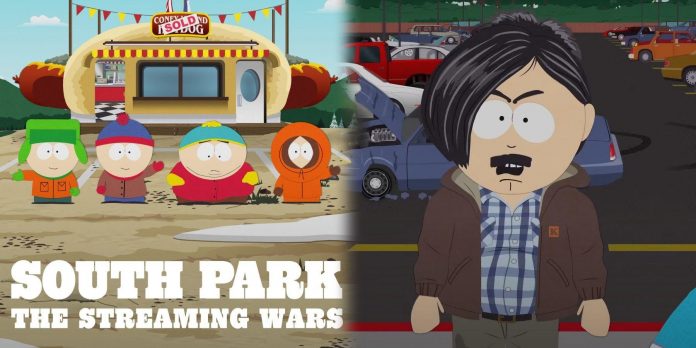 South Park shows off its strengths with a teaser of the second part of the Paramount Plus TV movie The Streaming Wars. The only thing is, after such a long broadcast, the show probably has several options to choose which “strengths” to focus on. Well, this time it’s all about Randy.

South Park Studios has just revealed the first look at its sequel The Streaming Wars, and it definitely looks like something straight out of a modern South Park episode. Randy Marsh wears a stereotypical “Karen” hairstyle, arguing loudly with a lot of people over supposedly minor issues. All this ends with a dramatic statement: “I want to talk to your… manager!” which contains all the power of the cry of the dragon Skyrim.

RELATED: When should the animated series end?

It seems to be a continuation of the storyline started in the first part of South Park The Streaming Wars, in which Stan and Tolkien are concerned that Stan’s father and frequent star of the show Randy has become too similar to “Karen” in their harsh conversations. with authority. Part 1 was also devoted to the drought in Denver, as a result of which Tolkien’s father Steve tried to sell his surplus water by pumping it downstream to the Denver Reservoir. Yes, this is the “streaming” war mentioned in the title because, after all, it’s still South Park.

Judging by the first part and this teaser, South Park’s penchant for absurd humor, often played straight, seems completely untouched. The drought is caused by the classic South Park cryptid ManBearPig, while the power of Randy’s minor complaints turns out to be a full-fledged superpower. The teaser is entirely dedicated to this, which also seems particularly characteristic of the series. The show has certainly come a long way since the days of “The Spirit of Christmas.”

Some may be a little disappointed that “South Park” is still playing in its more modern trend of huge overarching stories with potentially devastating consequences. This would certainly make sense, since watching an early episode in a row with something even a few years ago would probably result in a powerful whiplash. Gone are the days when Cartman yelled at his cat and said: “My God, they killed Kenny!” But, to be honest, those days are long over.

For better or worse, that’s exactly what South Park has become, and it clearly still supports a huge passionate audience for some reason. So anyone who is still wary of the current trends of the show can still give it a try. Who knows? They can find something worthwhile again.

South Park The Streaming Wars Part 2 will premiere on Paramount Plus on July 13 in the US and Canada.