Home Sport Ramos: “The best thing for football is to make a Golden Ball... 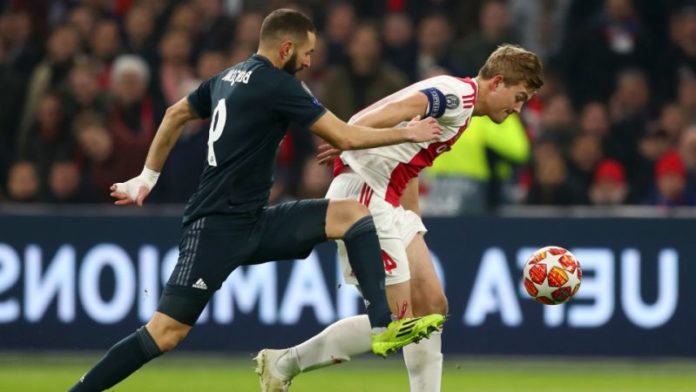 The Madrid captain chatted with Iván Zamorano, former Real Madrid, in an interview for TUDN in which he reviewed several football aspects, including the Golden Ball that has just been delivered for the sixth time to Leo Messi.

“They could make a Golden Ball only for Cristiano and Messi depending on the results and another for the rest. It would be the best for football. ”

The Classic vs. Barcelona
“The two teams are going through a good time. It motivates us to win when the opponent is very good. But regardless of how we get there is a different game. Hopefully we can hit the table and win it.”

He reviewed his career at Real Madrid where he said that “it is something that nobody has given me” and said that “it is not only to arrive, it is also to be maintained” and he wished that “my legacy serves to inspire millions of children to know that when you fight for something things are fulfilled and can be achieved. ”

On who could be the Ramos of the future, ventured with a name.

“The comparisons are never good, there is a good quarry at Real Madrid and there are good players in the market and the team can sign them. De Ligt is a central with a lot of projection, he needs experience but he is a player of the future ”.

The return of Zidane
“We had a glorious stage of titles with him. Therefore he knew what the team needed, it was an important and very brave decision on his part. We came from a critical situation, at the beginning it was difficult for us to enter its dynamics. But we are delighted with him. It is the one that can best get us out of there (a complicated situation). ”

Astronomical Offer From Qatar To Messi, Who Is In The Process...