Home Sport “Ramos is an aggressive defense, Pique is less” 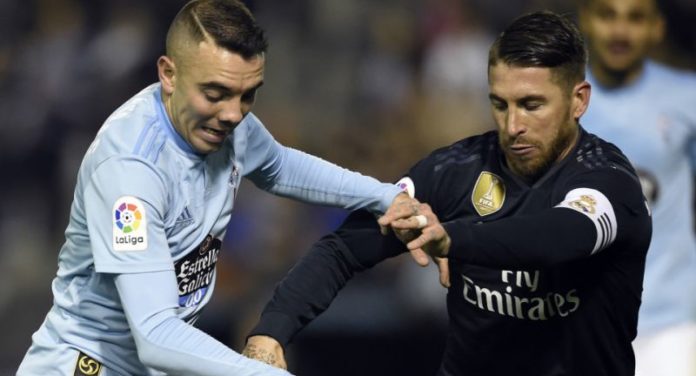 “Ramos is an aggressive defense, Pique is less”. Iago Aspas is not living his best moments, nor personally after seeing how they came to steal from his house a few days ago and not in sports where Celta is located in the dangerous area of ​​the classification.

However Moaña striker accepted the invitation of the Resistance to have fun leaving very interesting things in the interview with David Broncano.

“Sergio Ramos is one of the most aggressive defenses. Piqué for example is less ”

In this way Aspas answered the question about the most aggressive defenses they have faced, pointing to Ramos and explaining that in the past he had had several bites with the captain of Real Madrid, not so much now when he shared costumes in the National Team, So now there is more respect.

As the other guests who come to the program revealed how much money he has in his checking account, but not before joking about the incident he suffered days ago when they came to steal at his house: “Now I have a little less after the theft.”

Madrid wanted to sign him
He acknowledged that Real Madrid was interested in his services after the last World Cup in Russia when Lopetegui stopped being a coach and took over the Real Madrid bench.

“Yes, two, three seasons ago when the World Cup ended with the coach that had me on the team, they contacted my representative”