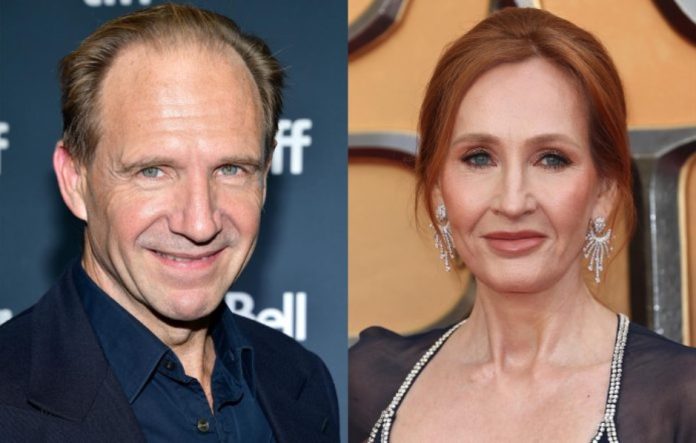 “The verbal abuse directed at her is disgusting”

Ralph Fiennes defended J.K. Rowling, saying that the author of “Harry Potter” is “not an ultra-right fascist.”

The actor who played Lord Voldemort in the Harry Potter franchise based on Rowling’s books has spoken out against the controversy surrounding Rowling over the years over her comments about transgender women.

Rowling has been accused of transphobia in the last few years after she shared her opinion about her belief in biological sex. Recently, the author has written a new book about a character persecuted for transphobic views.

“The verbal abuse against her is disgusting, it’s terrible,” Fiennes said in a new interview with the New York Times.

“I mean, I can understand a point of view that might be angry at what she says about women. But this is not some obscene ultra-right fascist.”

“J.K. Rowling has written wonderful books about empowerment, about young children who find themselves human. It’s about how to become a better, stronger, more morally oriented person.”

Rowling’s new book, published under her pseudonym Robert Galbraith, is called The Inky Black Heart. Being part of her crime thriller Cormoran Strike, it tells the story of a character who publicly collapsed after statements that were perceived as transphobic.

According to Rolling Stone magazine, a brief review of the book reads as follows: “Rowling introduces readers to Edie Ledwell, the creator of a popular cartoon on YouTube, who sees how Internet trolls and her own fandom turn away from her after the cartoon was criticized as racist and abelist. , and also a bit transphobic about the hermaphrodite worm.

The creator was plastered with photos of her home posted on the Internet, was subjected to death threats and rape for having an opinion, and was eventually found stabbed to death in a cemetery. The book is aimed at “fighters for social justice” and suggests that Ledwell was the victim of a masterfully planned, politically fueled hate campaign against her.”