Home Tech What is ‘Rainbow: Six’? Understand the meaning and history of the Ubisoft... 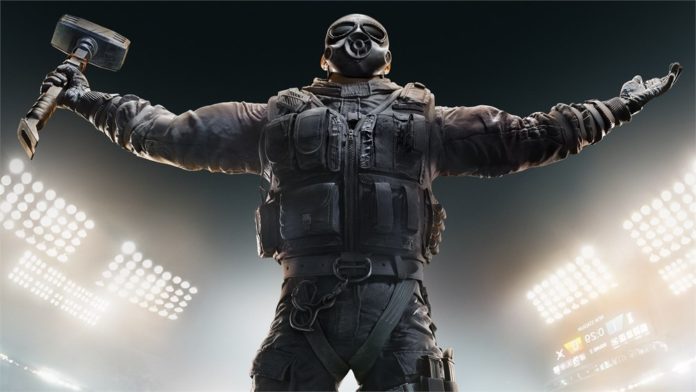 The Rainbow Six franchise will win a new game in 2020. Rainbow Six Quarantine was announced by Ubisoft in 2019 and is scheduled for release in 2020, but with no date released by the developer. Tom Clancy’s series appeared in the 90s and became one of the biggest hits among shooting games. Understand, next, the meaning of the term Rainbow Six and remember the history and evolution of the games.

The most recent title in the series is Rainbow Six: Siege (R6). Launched in 2015 for download on the PC and on the Playstation (PS4) and Xbox One consoles, the game features the main elements of the series: tactics, squad mechanics and stealth, as well as its predecessors. Almost every game in the plot follows a plot: preventing a terrorist threat, except Critical Hour, Vegas and Vegas 2.

What is “Rainbow Six”?
In 1996, Red Storm Entertainment was born, a studio co-founded by Tom Clancy, one of the greatest novelists in the world, and the main name in the genre of techno-triller literature. Then came the idea of ​​creating a first-person shooter (FPS) for tactical operations, initially based on FBI rescue teams. The project was later abandoned in favor of a more international unit. Thus, the Tom Clancy’s Rainbow Six franchise began, or simply, Rainbow Six.

The plot has a standard premise: to stop a terrorist threat at the global or national level. To this end, Rainbow comes into action (rainbow, in Portuguese), a multinational task force of special operations supervised by NATO. Six (six, in Portuguese) is the title given to the director / responsible for Rainbow. This whole concept is inspired by Tom Clancy’s Rainbow Six, a book released by Clancy in 1998, the same year the game was released. Despite this, both have different plots, as the game came out first.

2001 to 2005
The Rainbow Six: Take-Down – Missions in Korea (2001) plot is focused on South Korea. In it, Rainbow is sent to the country to deal with the rise in terrorists and criminal activities. In Rainbow Six: Lone Wolf (2002), Ding Chavez must meet the terrorist Xander Theissan, who contacts Rainbow and informs about an arms smuggling operation. Entrepreneur Nikola Gospic was the threat of Rainbow Six 3: Raven Shield (2003). His plan was to revive Fascism and infect countries with contaminated meat.

The Playstation (PS2) version of Rainbow Six 3 (2004) has another story. In it, Rainbow responds to terrorist attacks in South America, led by Venezuelan President Juan Crespo. Ding Chavez and Rainbow return in Rainbow Six 3: Black Arrow (2004) to prevent terrorists from creating weapons of mass destruction. In Rainbow Six: Lockdown (2005), Clark and his agents take on the Global Liberation Front, a terrorist organization that plans to launch the deadly Legion virus.

2006, 2008 and 2011
Rainbow Six: Critical Hour (2006) is the end of an era, with the retirement of John Clark, and Ding Chavez becoming the new Six. The missions take place in different countries, such as Brazil and Italy. Chavez continues as a director in Rainbow Six: Vegas (2006), where a crisis in Las Vegas involves the terrorist Irena Morales, and Rainbow needs to intervene.

Traffickers Miguem and Alvarez Cabrero take a sudden interest in chemical weapons, and become the new danger of Rainbow Six: Vegas 2 (2008), now available for Playstation 3 (PS3) and Xbox 360. In Rainbow Six: Shadow Vanguard (2011 ), Rainbow must prevent the Ebola virus from spreading around the world.

2015 and 2020
Rainbow Six: Siege (2015) brings the return of Rainbow. Disabled since 2012, many terrorist organizations have emerged since then. The new group returns with the direction of Aurelia Arnot, with Harry Pandey being the current Six. Finally, Rainbow Six: Quarantine (2020) is set several years into the future in the Rainbow Six universe. In it, the organization must face a new generation of mutant alien parasites.