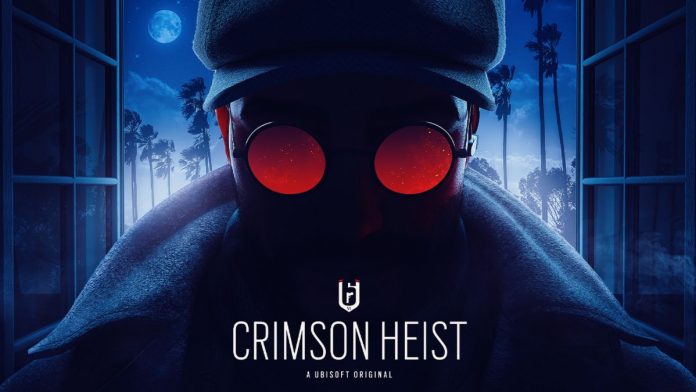 The successful title from Ubisoft will add profound changes to its gameplay, but will not neglect the content or other aspects.

Ubisoft has announced future plans for Rainbow Six Siege, which will continue to receive content updates. The company has revealed its plans for the so-called Year 6, which will include changes to the gameplay, new tools to promote good practices, as well as improvements in the quality of life of the players.

Crimson Heist will be the first season of this Year 6, which will be available starting tomorrow, February 23, on the PC test server. In addition to presenting the Argentine attacker Flores, it will also be accompanied by the redesign of the Frontera map. During the course of Season 2, players will witness the arrival of an agent from the Nakoda village, while the Favela map will be redesigned. On the other hand, Season 3 will introduce us to a Croatian agent, while the three maps are slightly redesigned. The last agent of the year will be Irish; the map that will be modified this time will be Remote Territory.

Regarding the behavior of the players, the first version of the Reputation System was tested “without the players being able to see it,” says Ubisoft in a press release. The purpose of this tool is to promote good behavior in the game, so that players who have a positive behavior will receive rewards in the form of content, while those who do the opposite will be penalized with measures such as limiting access to the list of Ranked games. It will be launched during Year 6 and “will be transparent to the players” in informing them about “how to improve their score” and “their behavior”.

Streamers, for their part, will be able to remain anonymous thanks to Streamer mode. It allows them to hide their name, region and other important information. “It will also hide your current authorization level and profile picture.”

The GONNE-6 is a new single-round secondary weapon that can take out any armored device. It will be available on the Crimson Heist test server for Agents Glaz, Dokkaebi, Lion, Finka, Gridlock, Amaru, Iana, and Zero. Furthermore, players will be able to control cameras and devices after their death. The aim of this change is to intensify the support phase of the game and ensure “that the players who have fallen can help their team improve.” This feature will be released during Year 6, but not from the beginning.

In order to balance the attacking and defending sides, the attackers will be able to change agents and equipment in the preparation phase, as many times as they want. This feature will also be released later. From now on, the Shield will be Health, “which will allow players to better understand the damage they can take.”

The French company has prepared several improvements in the quality of life. DdoS attacks have been reduced by 90%, but will continue to be a priority. The technical team works together with Microsoft Azure to reduce matchmaking times; They will also try to strengthen the stability of the servers and reduce the size of the game.

In Year 6, players will be able to adapt Elite skins and add other pieces of equipment to their outfit to fully customize it.

Explanation of the Outriders Ending: Worldslayer