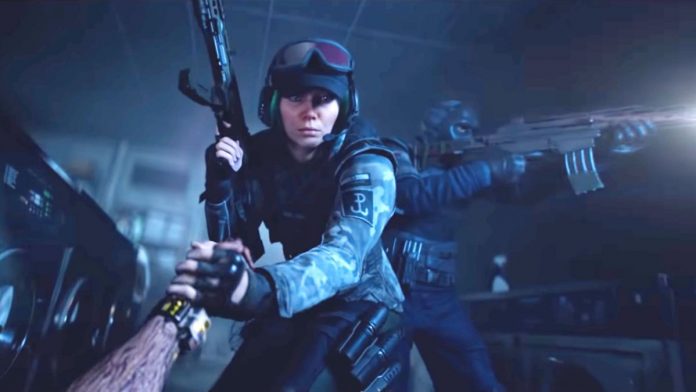 The French company acknowledges that this title has been used for internal testing, but it will not be the final title.

Rainbow Six Quarantine will no longer be called that. Yves Guillemot, CEO of Ubisoft, pointed to that possibility at the recent investor meeting, where he expressed concern that the title could be linked to the coronavirus pandemic. In the last hours, the name of Parasite has been leaked, but the company has come to the step in PC GamesN to confirm that they will not use that title either. What they do admit is that they have used it internally.

“Although we recently announced that we will be changing the title to Rainbow Six Quarantine, Parasite is only the one we use internally. We recently ran an internal test with the game and some details were made public. I can confirm that this is just a glimpse of our next game. We will share more details, including the official name, soon. ”

Guillemot’s words, however, were not overly specific. He commented that they were evaluating the name change and that we will see “what happens in the future with this product.” On the other hand, after its delay, Ubisoft has certified that the title will see the light at some point in 2021, although they have not specified a more specific date.

Rainbow Six Quarantine confirmed its delay at the same time as Far Cry 6, which also has no official release date. Even so, the Microsoft store leaked that the new installment of this Ubisoft shooter will be marketed in May. Something similar happened with Immortals Fenyx Rising, whose date first appeared in the Microsoft Store … and it was fulfilled.

See Also
Rainbow Six Quarantine has not changed its name

Ubisoft is pleased with the sales figures, especially those for Assassin’s Creed Valhalla, a title that will continue to offer additional content. The French company said that they will follow a long-term strategy, which will lead them to develop more DLC than in the case of Odyssey, which also had a fairly long journey.

Snyder Cut: this is how the bloodiest Steppenwolf