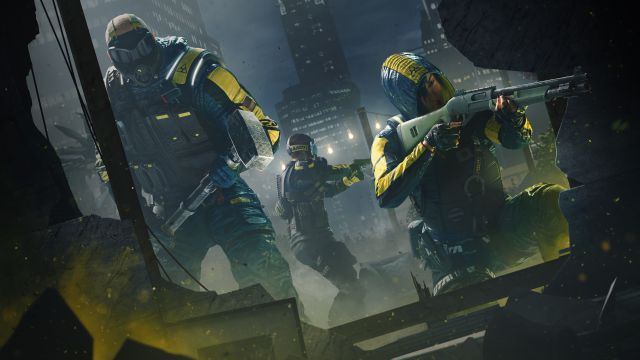 During the trailer, which you can see under this paragraph, Ubisoft has confirmed some bonuses shared between members of the Rainbow Six Siege community. If you make the jump to Extraction you will receive exclusive skins for Lion, Ela, Smoke and Pulse operators, including skins on their weapons and other charms.

But that is not all. If you play Rainbow Six Extraction and jump to Rainbow Six Siege, you will unlock in the competitive all 18 Operators that are part of the cooperative game forever. Names like Hibana, Ela and Lion are the most prominent of a roster yet to be confirmed.

“From the foundations of Rainbow Six Siege, we have created a cooperative modern tactical shooter in which you will face an evolving alien threat,” said its creative director, Patrik Methé, on the occasion of the name change. From Quarantine we went to Extraction. “Beyond the challenges you will face, you must have one goal in mind: to leave no one behind. You and your squad must decide when to push forward and when to draw. ”

In MeriStation we have already played it. Through this link you will be able to see playable material from our first contact. The mechanics are cooked for Siege veterans, only here we will see some twists in the way Operators play. For its part, Rainbow Six Extraction is scheduled to launch on September 16, 2021 on PS5, PS4, Xbox Series X | S, Xbox One and PC.

Röyksopp’s “Melody A.M.” Is One of The Most Expensive Vinyl Records...