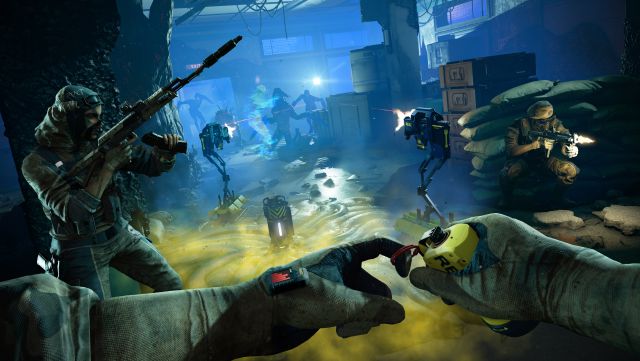 Rainbow Six Extraction: We tell you our impressions of Spillover, the first Crisis event now available in Rainbow Six Extraction on PS5, PS4, Xbox, PC and Stadia. Rainbow Six Extraction receives from this February 18 its first crisis event: Spillover. For the next three weeks you will be able to fight in an unprecedented game mode that is independent from the rest of the locations. Their arrival marks the start of their free post-launch support; all players will be able to access without requirements of any kind, neither level nor operators. At FreeGameTips we have already delved into the first games.

Spillover proposes a middle ground between the Maelstrom protocol and the weekly missions; in fact, during the event period the weekly rotation will be disabled. Three players embark on a single random side zone to attempt to clear up to nine Archean nests.

Clearing these zones sets up tower defense style combat. At the respawn point you will find some drums that you will have to take to each location. When you place it on a point the defense will start. You will have to endure all the waves of archaea until the countdown reaches zero. The difficulty is progressive, that is, more types of enemies will be introduced as you have cleaned a certain number of nests.

Players will notice that the playing area is riddled with mucilage. Don’t worry: it doesn’t act the same way. This special mucilage doesn’t slow down your movement speed, but rather it’s a plot excuse to give coherence to Archean respawns in full defense. Defense that you will have to manage in the cleanest way possible. The number of health kits, ammo boxes, ability and react technology is limited.

The best premieres of Amazon Prime, HBO Max, Disney + and...