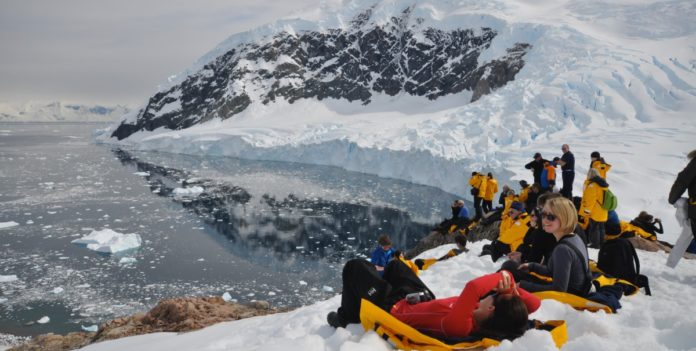 As a result of the collaboration of scientists, evidence was obtained that there was a rain forest in Antarctica dating back 90 million years with samples taken from the seabed.

Experts who have been researching from the UK and Germany for about three years took samples from the seabed using the drilling machine of the polar research ship near Pine Island and Thwaites Glacier in the west of Antarctica.

Realizing that a layer has an unusual color as a result of the examination with computed tomography, the experts discovered examples of pollen, seed, forest soil and even tree root preserved purity in the residue here.

A Warmer Climate From Our Forecast
It was found that the fine-grained clayey and alluvial sediment sample in this layer was 90 million years old. Thanks to the very well preserved samples, the researchers managed to extract detailed cellular structures.

“The 90-million-year-old forest is an exception, but the world it reveals is much more surprising. The marshy mild rainforest, close to the South Pole, even during the dark months,” said Tina van de Flierdt, researcher from Imperial College London, UK, who wrote this research. “It reveals a warmer climate than we expected.”

Were Dinosaurs Alive?
“We did not expect such a thing,” said Johan Klages of the Alfred Weneger Institute Helmholtz Polar and Marine Research Center, which is a partner in the studies.

Stating that there is no evidence that various animal species have lived in this forest, Klages stressed that there could be many animal species, including dinosaurs, and added, “It would have been more surprising if there were no dinosaurs.”

The Carbon Dioxide Level May Be More Than We Think
The results of the study, which revealed that the carbon dioxide levels in the atmosphere in the mentioned period could be higher than expected, were published in the journal Nature.

How Will Businesses Shine On Dark Data?