Home Tech Raikou in Pokémon GO: how to defeat him in raids 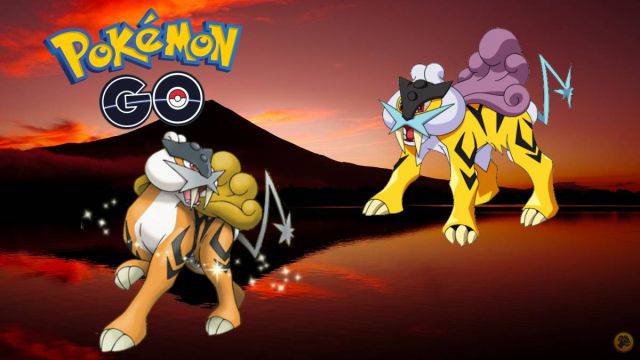 The Johto Celebration Event continues and it does so with one of the legendary dogs of the Johto region. We know all the details of his return.

Raikou is back in Pokémon GO. The countdown to the Pokémon GO Tour: Kanto now leaves us with the Johto Celebration Event (although the Team GO Rocket Celebration Event is just around the corner) and, consequently, a lot of prominence for the legendary Generation II in the five-star raids. After dear Entei it is Raikou’s turn; that he will later hand over the witness to Suicune.

Dates and Features: Raikou Returns to Pokémon GO in Raids

Raikou will be seen in the five-star Pokémon GO raids from this Sunday, January 31, 2021 at 10:00 a.m. until Thursday, February 4, 2021 at 10:00, always in local time. It will be in those days when he appears to us quite frequently in the higher level raids; with the possibility that he appears to us in shiny / variocolor form.

We are facing an Electric-type creature, which should lead us to direct our strategy around Earth-type movements and avoid, at all costs, those of Steel, Electric or Flying. It is not a difficult confrontation, to tell the truth, but with five people the guarantee of success shoots up. He has 241 ATK, 195 DEF and 207 RES, with 3452 CP in his individual confrontation if we are level 40 in Full IVs. In the raid you will have about 45,435 PCs. Be careful if he attacks us with a Shadow Ball, which is a Phantom-type movement and not an Electric type, where the greatest fear we must have is that a Raikou with Thunder will touch us.

Without further ado, we leave here our recommendations for counters to defeat Raikou in raids.

Apple Has Given A Date For Its New Event! What Is...