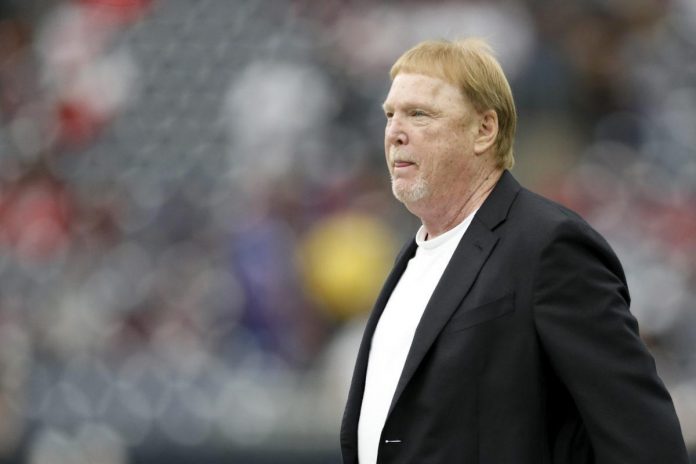 While Davis attended the Las Vegas Aces WNBA playoff game, the UFC president was on ESPN+ saying he was working on brokering a deal that would have allowed Tom Brady and Rob Gronkowski to get silver and black; if not for former head coach Jon Gruden:

I was working on making a deal for Brady and Gronk to come to the Raiders. And it was almost one deal. And at the last minute Gruden broke the deal and said he didn’t want [Brady]. And hell started, man. It was crazy, and Brady was already looking at the houses, and it hadn’t been said yet that Gronk was coming. So Brady and Gronk would have been in Las Vegas the year the Bucks won the Super Bowl if Gruden hadn’t blown the deal.

When asked about White’s comments, Davis’ memory of the situation seemed a little hazy.

I’ve heard about [White’s comments]. Was it two or three years ago or something? I don’t know, man. Talk to Dana. I remember Tom Brady went to Tampa Bay. That’s basically what I remember. I have no idea. Dana has stories. I love Dana. He’s a great promoter. Why should that upset me? I was busy watching [Raiders beat Miami 15-13] and a basketball game.

Interestingly enough, Mr. Davis did not remember that he could get two of the greatest players of all time. But this is his story, and so far he’s sticking to it.

Gronk cheekily confirmed the story on ESPN. Telling White, “That’s exactly what happened, and you just told that story.”