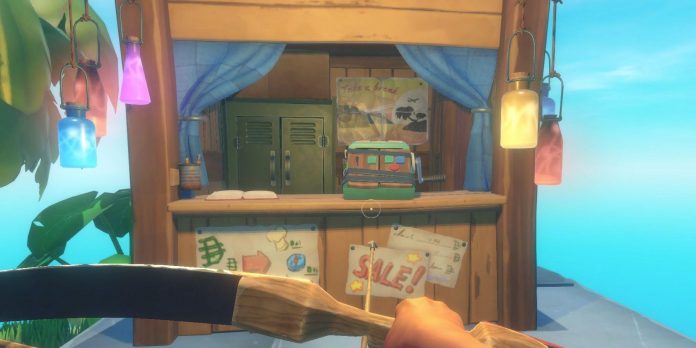 Raft is a survival game in which players sail across the sea. They will start on a small raft drifting among the waves. With only a hook as a companion, people have to collect materials from the sea and slowly build their rafts so that they become a real home.

In addition to marine supplies and islands, raft players can also find special items available at the Trading Post. This fancy building can only be found in certain places, and of course they will also need special currencies to trade. Unfortunately, despite the fact that no one seems to be guarding the stand, people will not be able to raid the store and get things for free. It seems that even though the world has been plunged into great upheavals, honesty is still the main value that needs to be maintained.

RELATED TO: Raft: All Weapons and How to create it

Where to find trading posts in Raft

Trading posts can be found on large islands in Raft. The store is always decorated with fancy lights, so it’s hard not to notice it. As a rule, these buildings are located on an elevated island, and there are several trees around it that players can collect, so it’s a good idea to take an axe with you.

In addition, a tamed animal wandered around this place along with an evil Screamer, one of the most dangerous animals on the Raft.

Unfortunately, although some items in Trading Post may seem intriguing, players need to own a special currency to trade in it, in particular, trading coins and garbage cubes.

How to get Trade Coins and Garbage cubes

Inside the trading post, players will find a reputation indicator. Reaching a new reputation level will unlock higher-level items in the store’s inventory.

To raise it, they need to sell Rare fish to the store. Unlike ordinary fish, special bait is required to catch these special species. Using these baits also ensures that players will only get rare fish, so don’t use baits if people are trying to get themselves some fish.

Unfortunately, these baits can only be bought at a Trading Post, so before players can raise their reputation, they need to get garbage cubes first.

Cubes of garbage in a raft

Garbage cubes can be obtained through a processor. This item can be made after the players have started the storyline by visiting the Radio Tower.

Coin trading on a raft

Trade coins can be obtained by selling rare fish at the raft trading post. Rare fish of level 1 and level 2 will give one trading coin, and level 3 will give two coins. The only difference between levels 1 and 2 is that players get reputation points when they sell them. The lowest level gives 10, and the other gives 100.

Raft is available on PC.

Manifesto Season 4 finally gets a Premiere Date and new details...