Home Entertainment Raft: how to get explosives 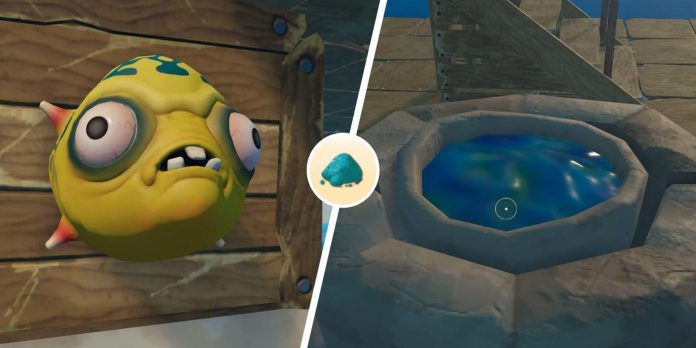 Explosive powder is a purified material in A raft that survivors need to make net canisters, projectiles used by a net launcher to tame livestock such as llamas, goats and klukers. These animals can provide the player with valuable resources, such as wool, milk and eggs, which open up opportunities for new recipes or dishes for sustenance. Livestock also offers company on the lonely waves of the open sea in a Raft.

To get Explosive Powder in the Raft, the player must get a substance called Explosive Slime. This resource can be obtained by killing a poisonous pufferfish, a hostile water mob that lives in the waters surrounding Large Tropical Islands, Caravan Island, Shipwreck Island, plane Crash Island and Desert Biome Islands. In addition, survivors can directly obtain explosives by excavating suitcases or safes found with a metal detector. However, the loot found in these containers is random; Therefore, it is recommended to hunt poisonous blowfish to obtain explosive powder on a raft.

If there is a Poison-Puffer nearby, fans of the raft will see floating debris in a layer of green mud in the water. This node usually indicates that a Poisonous Blowfish has appeared in this area, but keep in mind that this is not always guaranteed. After making sure there are no sharks nearby, dive into the water in this indie survival game and find a small round fish with yellow skin and spikes.

Making explosive powder on a raft

As mentioned above, Poisonous Blowfish are hostile and will chase the player if attacked. If the fish gets too close to the survivor, it will swell to an abnormally large size, and then explode with a cloud of poisonous vapors. This explosion will damage the player and poison him. Accordingly, the best way to deal with this enemy is to shoot him with a bow from a distance. This strategy allows the fighter to safely attack the poisonous blowfish and kite, gradually swimming away until the fish dies.

After killing a poisonous puffer, collect its remains to get from one to two drops of explosive slime. Then players on rafts can make an explosive by placing it in a foundry. After a few game hours, the Explosive Slime will produce one charge of explosive powder. With this powder, players can make net canisters to catch animals for their raft. In addition, to create fireworks, including an improvised rocket, which players must collect on the Caravan Island, an explosive is required to complete the main campaign.

Rock continues to make cute gestures after being invited to a...