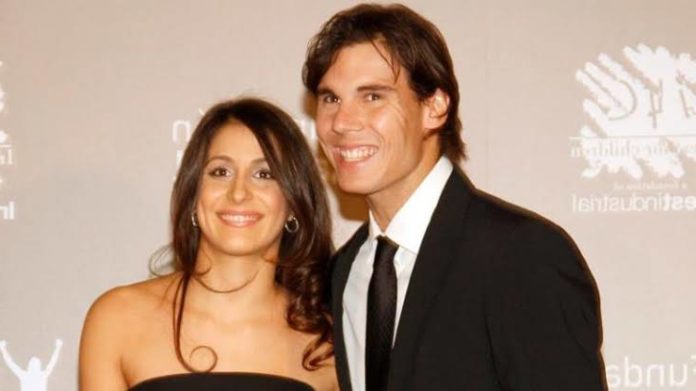 After 14 years of solid and discreet relationship, the tennis player Rafael Nadal will say “yes, I want” to Mery Perelló on October 19 in Mallorca.

The countdown has begun, there is less than a week to celebrate one of the most anticipated weddings of the year, which will unite Rafael Nadal and Mery Perelló in marriage. Everything is underway so that October 19 becomes an unforgettable date for both the tennis player and his girlfriend, who have personally prepared all the details, as well as their guests, among which are known names from different social fields. However, although everything is ready, the athlete still had to comply with one of the traditions: celebrate his bachelor party. A party that has finally taken place this weekend, when the Manacorí has ​​enjoyed a fun plan next to their close friends.

Both the Diario de Mallorca and Last Hour have advanced some of the details of this party that serves as a prelude to the “yes, I want” between Mery Perelló and the number 1 in world tennis. To say goodbye officially singleness, Rafael Nadal chose his native Mallorca, where he spends all the time he can even though his professional commitments force him to travel frequently to different points of the map. The athlete surrounded himself with a dozen friends, all male, to toast the important personal step he is about to take next to his lifelong girlfriend, whom he met because Mery was friends with his sister, Maribel. The whole group began the day on Saturday with a snack that was followed by a relaxed meal.

After this, early in the afternoon, Nadal and his friends considered the party inaugurated, which had as its epicenter the Social Club nightclub, an establishment that has an exclusive terrace from which the port of Palma is seen and in which there is a swimming pool. There the group occupied a booth, but the presence of the tennis player did not go unnoticed and became a great claim. In fact, not only was he photographed with José Miguel Babon, one of the local Public Relations, but also with many of those present, who said that this bachelor party was not something planned but it was an improvised plan.

As you can see in some images, Rafael wore an informal look consisting of white shirt, beige pants and sneakers. According to the Balearic press, the party lasted well into the night and had as its only scenario the aforementioned local, located in front of the emblematic Titos nightclub. An evening in which Nadal was encouraged to sing and dance some of the reggaeton songs that put the soundtrack of the appointment, in which some of Rafael’s friends joked with colored plastic glasses.

It was at the beginning of this 2019 when HELLO! announced exclusively the wedding of Rafael Nadal and Mery Perelló. The tennis player and his partner got engaged during a trip they made to Rome in May 2018 on the occasion of his participation in the 1000 Masters and managed to keep the news secret for seven months. However, in the few interviews in which the Balearic has revealed data of his private life, he has never denied that this step he is about to take has been part of his plans for some time.