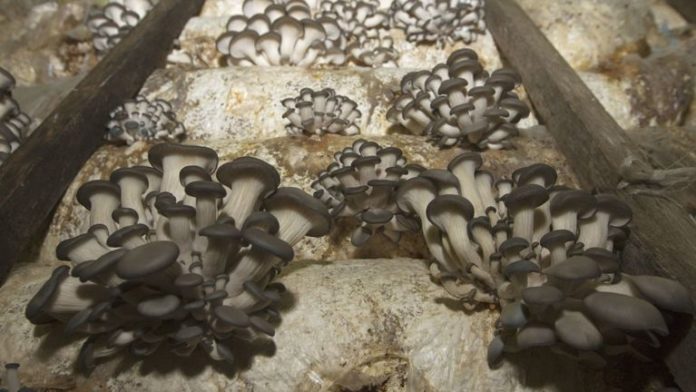 At the Chernobyl Nuclear Power Plant in Pripyat, Ukraine, which exploded in 1986, a type of black mushroom absorbing radiation was found. This type of fungus shows that organisms may also be living in environments where radiation is intense in the universe.

The Chernobyl nuclear reactor, which exploded in Pripyat, Ukraine in 1986, is still one of the most dangerous places in the world. Here, a type of black mushroom that absorbs radiation was discovered inside this reactor.

29 years ago, in 1991, a strange mushroom was found growing on the walls of the reactor. The mushroom growing in this region with intense radiation also managed to surprise scientists. The researchers later discovered that this mushroom is not only radiation resistant.

Radiation-fed mushrooms:
Researchers tested some of the fungus after 10 years and discovered a fairly high amount of melanin pigment. Melanin pigment is found not only in these mushrooms, but also in human skin.

People with darker skin tones have much more melanin pigment. This pigment, which is also found in hair, eye membranes and parts of the brain, is also known for absorbing light and distributing ultraviolet radiation on the skin.

In mushrooms, this process works a little differently than in humans. The mushroom that absorbs radiation turns it into a kind of chemical energy and uses it to grow. Ekaterina Dadachova stated in her research published in 2008 that these mushrooms are probably not the only species of their kind.

In the study, “High amounts of melanized fungal spores were found in the early Cretaceous period when many animal and plant species died. This period also crosses the ‘magnetic zero’ where our planet lost its shield against cosmic radiation.

The importance of the existence of such a creature is that it shows that organisms may be alive in the universe, somewhere that we are not aware of, in environments where radiation is very intense.

Italy Begins to Return to Normal From Tomorrow

The Secret of the 2100-Year-Old Mysterious Mummy in Egypt Has Been...