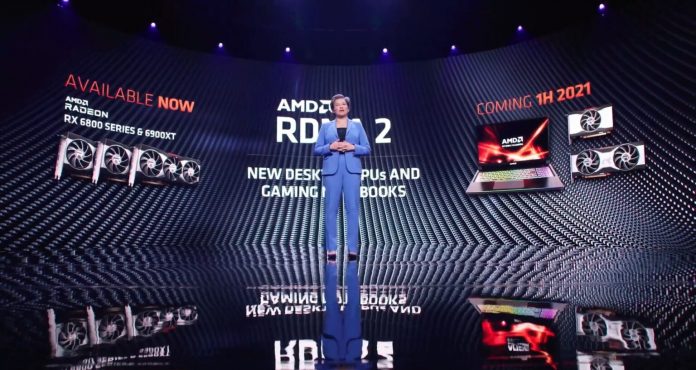 At the CES 2021 event organized by AMD this evening, Ryzen 5000 series mobile processors were introduced. Introducing the Ryzen 4000 series mobile processors last year, AMD stated that it will also bring the RX 5000 series graphics cards to mobile. AMD stated at the event held today that it will bring the Radeon RX 6000 series graphics cards, which it introduced in October, to laptops, similar to last year.

On the NVIDIA side, RTX 30 series mobile graphics cards were introduced today, right after the AMD event.

RX 6000 series graphics cards with RDNA 2 architecture use chips from 7 nm TSMC production. Increasing the competition with NVIDIA, AMD wants to enter the mobile market and have a say in graphics cards as well as in its processors. Publishing a video from the Dirt 5 game at the event, AMD stated that the game runs smoothly at 60 FPS at 1440p resolution with the RX 6000M graphics card.