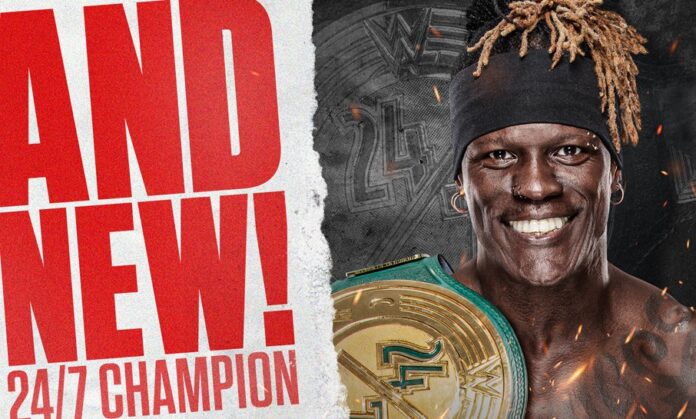 During Monday Night RAW broadcasts through the USA Network, a video was featured in which the superstar R-Truth won the WWE Championship 24/7 again after counting down three over NFL player Rob Gronkowski.

In the third hour of the red show, commenters released an archive video, which was shot hours before RAW in front of Rob Gronkowski’s home in Foxborough, Massachusetts. While Gronkowski was trying to record a video with his representative, R-Truth appeared behind him dressed as a gardener. The rep revealed a referee shirt, and Truth connected the count of three quickly. The WWE superstar took the title while “Gronk” was confused on the ground.

In doing so, R-Truth regained the WWE 24/7 Championship, thus ending Rob Gronkowski’s 58-day reign. It should be remembered that Truth is the most reigned superstar in the history of this title. With this victory, the fighter reaches 36 ostentations, in addition to staying as the champion with the most accumulated reign days with a total of 152 since his first victory on May 20, 2019, when the title was first presented.

As previously mentioned, Rob Gronkowski managed to retain the Championship 24/7 from the second night of WrestleMania 36, ​​when the wrestler pounced on several superstars and then counted three for former champion Mojo Rawley. Gronkowski kept the title with him even after his transfer to the Tampa Bay Buccaners soccer team was confirmed, achieving the longest reign in championship history.

Miley Cyrus and the message for the President of Spain that...