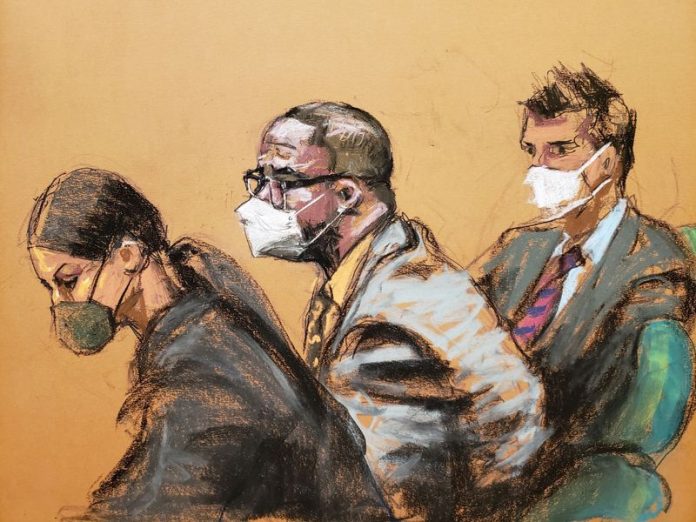 The jury believes that the R&B artist R. Kelly is guilty on all charges in the human trafficking case. Just before 9 pm Norwegian time, the news agency Reuters announced that the jury was ready with its ruling, after discussing the question of guilt since Friday afternoon. The ruling was announced a quarter of an hour later.

The jury believes R. Kelly has been recruiting young women and underage girls for sexual acts for decades, according to The New York Times.

According to the newspaper, R. Kelly could face decades in prison.

The trial against the 54-year-old, who has been in custody since he was charged, started in mid-August and lasted for about a month.

The prosecution believed that the artist and his “inner circle” worked for more than two decades in several states, to promote him and to recruit girls and young women for sexual exploitation and to produce abusive material.

R. Kelly sat still when he was found guilty on all nine charges of human trafficking and extortion, writes The New York Times. The facial expression was hidden behind the face mask.

The newspaper writes that the ruling is a major #MeToo breakthrough for black women in the United States. Most of the women who have testified against R. Kelly are black Americans.

Several of them felt they had to protect their identity and were afraid of being harassed by R. Kelly’s fans during the trial, writes AP.

The jury was shown videos of R. Kelly carrying out what the prosecution believed were sexual assaults.

Described as a predator

In the trial, the prosecution drew a picture of an abuser who for a long time used “his fame, popularity and his network” to facilitate and commit abuse, writes NTB.

He was charged with, among other things, child exploitation, abduction, bribery and forced labor from 1994 until 2018.

During the trial, one of the witnesses, a former girlfriend of the artist, said that she was whipped by him so that the skin was torn.

He has also been described as a “predator”. He is also accused of using “manipulation” and “threats” to rape underage girls.

He has also been described as a “predator”. He is also accused of using “manipulation” and “threats” to rape underage girls.

Allegations of sexual abuse of underage girls have been circulating around the artist since 1998.

Kelly denies the allegations. His defender says the victims are bitter supporters who agreed to sex, but became vindictive after the relationship with the artist ended.

Why are sexual scenes important for the plot of the series?

BTS thanks ARMY for their support in 7 years with emotional...