Home Entertainment R. Kelly files a lawsuit from prison shortly after he was put... 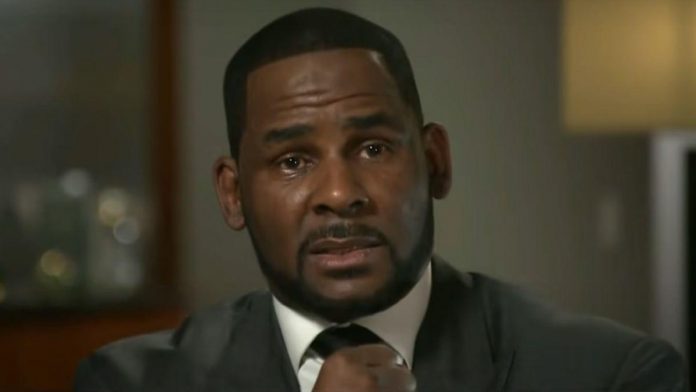 Almost a week after R. Kelly was sentenced to 30 years in prison for violating federal laws on combating human trafficking for sexual exploitation, the disgraced singer continues to watch suicide, despite the arguments of his legal team that his constitutional rights are being violated. Shortly after he was placed on suicide watch, Kelly filed a lawsuit demanding damages and immediate removal from suicide watch.

On July 1, the Law & Crime publication reports that R. Kelly (real name Robert Sylvester Kelly) filed a Bivens lawsuit alleging that the person’s civil liberties were violated by federal officials against the regional Bureau of Prisons official Heriberto X. Telles, the warden of the prison. The Metropolitan Detention Center in Brooklyn, the federal government and other MDC officials. He also sued under the Federal Law on Tort Claims, claiming that the decision to observe suicide was made without his suicidal tendencies and led to serious mental disorders.

In an eight-page federal lawsuit, R. Kelly demands removal from suicide monitoring, as well as “compensation for all emotional suffering, humiliation, pain and suffering and other harm in an amount to be determined in court.”

R. Kelly’s lawyer Jennifer Bonjean opposed her client being placed under suicide watch after his sentencing, which occurred nine months after he was found guilty on charges of racketeering and violations of the Mann Act. Bonjean claimed that he was not suicidal, and the decision was made “solely for punitive reasons.” In a memorandum filed in addition to Kelly’s lawsuit, according to law and crime, Bonjean said she was informed that the reasons he was in a state of “mental anxiety” were various and included “age, crime, publicity and sentence.” In the memo she said:

This explanation suggests that the reasons why Mr. Kelly was placed on suicide watch have nothing to do with him as a person or even whether he is really at risk of suicide.

However, the U.S. Attorney’s Office for the Eastern District of New York provided a response to the lawsuit, stating that R. Kelly’s request for suspension from the suicide monitoring service should be rejected, and that his placement was the result of a personal assessment given after he returned to MDC after serving a 30-year sentence. The Government stated in its response:

Based on a clinical evaluation and in accordance with the Bureau of Prisons suicide prevention policy, the Plaintiff remains under suicide surveillance for his own safety. The plaintiff does not provide any substantial authority that would allow this court to take the unprecedented step of obliging BOP to remove a prisoner from suicide monitoring.

Let’s see what will come out of this lawsuit if the case goes to court. R. Kelly will also appear in court in Chicago on federal charges of obstruction and child pornography, and he also faces state charges in Illinois and Minnesota.

His 30-year prison sentence was handed down after decades of sexual assault allegations. In 1994, R. Kelly illegally married 15-year-old singer Aliya Haughton, who died in 2001. He was arrested in 2002 on 21 counts of child pornography, but was eventually acquitted. In 2017, he faced accusations of “brainwashing” women, followed in 2018 by a sexual battery lawsuit. The 2019 Lifetime documentary series Surviving R. Kelly (now available to Netflix subscribers) shed light on the allegations, and Kelly was arrested shortly thereafter.

Mandy Moore’s Post-This Is Us Concert Tour Has Been Canceled, But...

Nick Nemiroff is dead: Canadian comedian has died at the age...