Home Celebrity ‘Quiz’: a great miniseries about the biggest scandal in the history of... 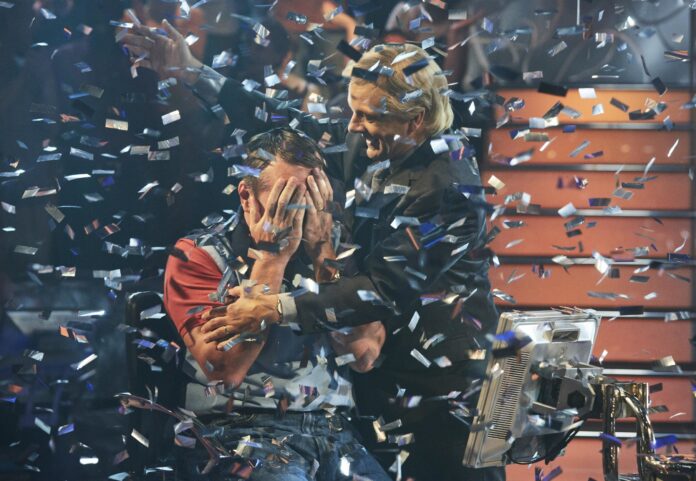 There are not a few characters who complain lately that the series last too long, both each chapter and their respective seasons. It is true that there are titles that resent it, but it is a problem that is sometimes exaggerated when there are also much shorter television proposals to sink your teeth into if you simply do not want to “commit” yourself to the end of titles that you they are going to do very uphill.

Today I come to tell you about one of those miniseries that are seen in a breath. I mean a Quiz ’, an adaptation to the smallest of the biggest scandal in the history of the now mythical contest‘ Who wants to be a millionaire? ’. The events in question happened in 2001, but this work created by James Graham offers a more global vision of what happened throughout its three great episodes directed by Stephen Frears.

Everything in its place
‘Quiz’ is part of a theatrical piece created by Graham in 2017 that he himself has adapted on television. In it, it is chosen to structure the first two episodes as a great flashback that leads to the fraud trial against Charles Ingram, his wife Diana and Tecwen Whittock during the participation of the first in ‘Who wants to be a millionaire?’ Recorded between 9 and on September 10, 2001.

However, to understand everything better, we even go back to the genesis of the program itself and how an underworld of people is developing, specifically preparing to participate in the contest, with the help of an underground organization. The first episode revolves mainly around these two points, hitting fully on his sober approach to the obsession that this can entail.

It is true that Graham does not really delve into any of the topics he touches then, but that is actually another story – which hopefully will be told some day, because everything that surrounds Paddy Spooner is especially interesting – that here serves as Agile and fascinating introduction to what he really wants to tell us: the passage of Charles Ingram through the program and all the consequences derived from it. In addition, he is presenting the suspicions that arise in the team of the contest that something strange is happening.

That point reaches its best expression with the reactions of the character played perfectly by Michael Sheen – you only have to see his representation to perfectly understand that the first presenter of the format in Spain was Carlos Sobera – when he discovers the relationship of certain contestants with others. It is all a breeding ground necessary to better understand the bizarre thing that is going to happen next, since on paper it might even seem impossible for us to do something like this.

With very clear ideas
The second episode happens to be the show, a very entertaining reproduction of the passage of Charles Ingram by the program that is based on the great work of Sheen and Matthew Macfadayen, very popular lately for giving life to Tom in ‘Succession’, although it is not convenient either forget about a flawless Sian Clifford -the sister of the protagonist in ‘Fleabag’- as Diana. It is truly a unique moment that has it all, but also cares about moving the story in question rather than delighting itself in what is happening in front of the cameras.

There Frears knows how to get the most out of Graham’s script, capturing both the uniqueness of the situation and the way to handle it behind the scenes. They are just over 40 minutes, but they are exemplary in their approach to real events, being accurate but without falling into the error of a more documentary approach.

Obviously, various adjustments are made throughout ‘Quiz’ to better fit the needs of the work, but without ever prostituting reality. In its own way, it brings more clarity to a story so unique that everything that comes along that path is well received, since it helps everything to flow, making ‘Quiz’ a very compact miniseries in narrative terms that differentiates very well what Search each of its three episodes.

In short
‘Quiz’ is called to be one of the best television proposals of this 2020. It has a clear idea of ​​what it is looking for, it has a solid script and a great job on the part of its cast, and Frears’ little intrusive approach to staging. For now it has been seen in the UK on the ITV channel and is still homeless in Spain, but hopefully that will change soon.

Clickbait: Adrien Grenier and the creator explain the shocking end of...