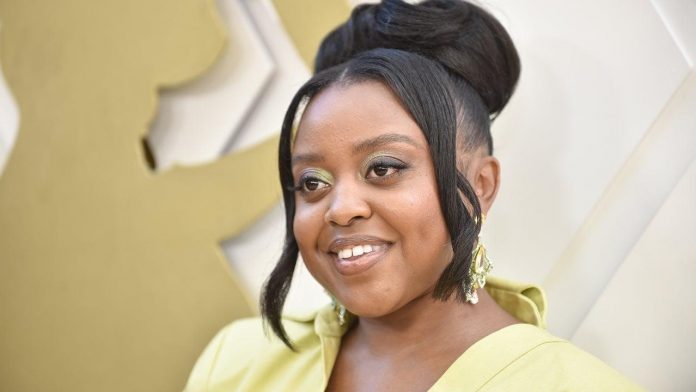 Quinta Brunson has turned into a royal on television. The star and creator of Abbott Elementary will play the role of Oprah Winfrey in the upcoming biopic directed by Eric Appel, “Strange: The Story of Al Yankovic,” which will be released this fall on the Roku Channel.

Recently released footage from the long-awaited project showed for the first time the transformation of the actress into an icon of a daytime talk show. In the shot, Winfrey Brunson appears to be interviewing “Weird Al,” played by Daniel Radcliffe, in his toilet.

“Let’s do #weird,” Brunson joked in her Instagram story, captioning a shot of her character.

Recently, Wood presented her impressive impression of the Queen of pop music during an appearance on “The Tonight Show with Jimmy Fallon.” “She was very nasal, and everything she said was very intentional, and, um, she disarms everyone who interviews her by kind of looking at them,” Wood explained, mimicking Madonna’s voice.

Courtesy of the Roku Channel

As for Radcliffe, he got Yankovic’s approval.

“I am very happy that Daniel Radcliffe will play me in the film,” the star said. “I have no doubt that this is the role that future generations will remember him for.”