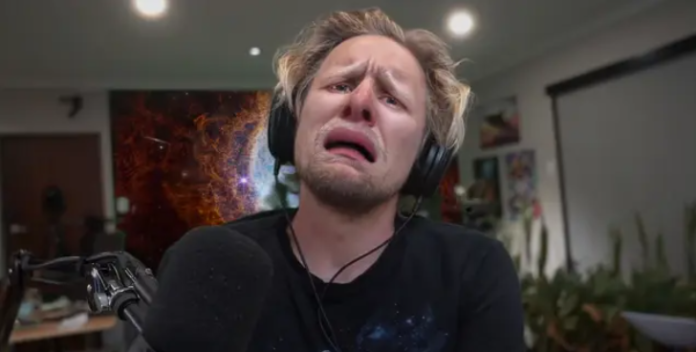 The Twitch star Quin69 has released a video explaining the strange reason why he was banned from Twitch for the fourth time this year alone.

On October 24, streamer Quin69 was banned on Twitch without explanation.

The suspension was the broadcaster’s fourth ban of the year, and although each of its previous bans lasted only a week or less, the current ban could potentially become its longest, but there is no end in sight.

Although there was no reason for the ban at the time, Quinn himself came forward with an explanation of why the platform punished him.

Quin69 explained why he was banned again on Twitch

With the crying filter turned on, Quinn apologized to his viewers for being banned again.

Quinn claimed that a few days before his ban, he watched a “single video” in which there was something that was completely prohibited for broadcast.

my side of the story… pic.twitter.com/9HhUkC2wgh

Quinn added that he would “try” to keep his audience informed of when he could start broadcasting again.

He pleaded with his audience to “stay safe,” “be better,” and “don’t show c*m live, guys. Don’t drink your urine, for God’s sake, the kids are watching!”

Being his fourth suspension in just 10 months, Twitch could impose a longer ban on him than usual for the violation.