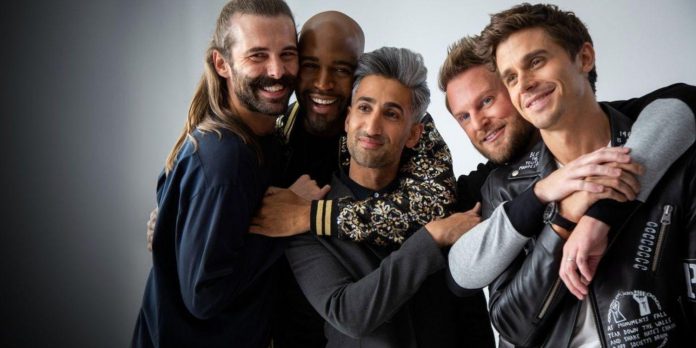 Netflix’s Queer Eye stars are vocal about the Supreme Court’s recent decision to overturn Roe v. Wade. The magnificent five of the show, which includes Bobby Burke, Karamo Brown, Tan France, Anthony Porowski and Jonathan Van Ness, are incredibly passionate about the fight for social justice and, like gays themselves, always defend the rights of all marginalized groups. They are currently fighting for women’s rights because on June 24, 2022, the Supreme Court abolished a woman’s right to an abortion — a right granted to women almost 50 years ago. Many other celebrities and public figures have expressed their devastation, including pop star Taylor Swift, Kar-Jenners and former First Lady Michelle Obama.

Earlier this month, Karamo wrote a letter for Pride Month urging allies to stand up for equality. The star explained that although he always uses his platform to advocate for interests, government officials are much more likely to listen to straight white people than gay black people. Queer Eye has also done a lot for propaganda in the series, as they often visit cities where most know very little about the LGBTQ+ community, but the stars can have unbiased conversations to better understand each other’s point of view. An episode of the 6th season of Queer Eye even shed light on the transgender community when the Magnificent Five helped a transgender powerlifter named Angel.

Related: Queer Eye: what did Karamo Brown do before he joined Fab Five

When it became known about the decision in the Roe v. Wade case, the Queer Eye stars stepped up and used their social networks to talk about this decision. Bobby shared an infographic, “Bans on Our Bodies,” along with a headline warning that Supreme Court Justice Clarence Thomas wants to review other rulings regarding birth control and same-sex marriage. Bobby wrote: “Our country is collapsing. It’s time to fight!!” Karamo shared several messages, including a statement by Michelle Obama, a list of representatives who need to win state elections so that these states have access to abortion, and a video in which he jokes about the karma that came after the judges overturned the Roe v. Wade decision.

Queer Eye Star Tan shared the same infographic as Bobby, as well as other subscribers’ information about how they can help, and Anthony posted links so that his subscribers could donate and learn about the current state of abortion rights in the United States. Jonathan took his activism to the streets during a protest march in New Orleans, where he is currently filming season 7 of the series “Queer Eye” along with the rest of his film colleagues. Jonathan called this day “terrible for many reasons,” but expressed optimism that if everyone comes and fights back, the world will be a better place.

It’s a very scary and traumatic time in the country, and it’s nice to see the cast of Queer Eye standing up for what they believe in. Since the premiere of their show in 2018, they have given fans the opportunity to be seen and heard, and their activism is not limited to gay rights. Karamo was incredibly passionate about the rights of people of color, and his colleagues in the film always performed with him. It only makes sense that they will also have female backs. We hope that the Supreme Court judges will not sleep soundly seeing how people like the Queer Eye stars appear, resist and refuse to let them get away with depriving citizens of their basic human rights.