Home Celebrity “Queen” Victoria Larson “really hates” the producers of “The Bachelor”: I had... 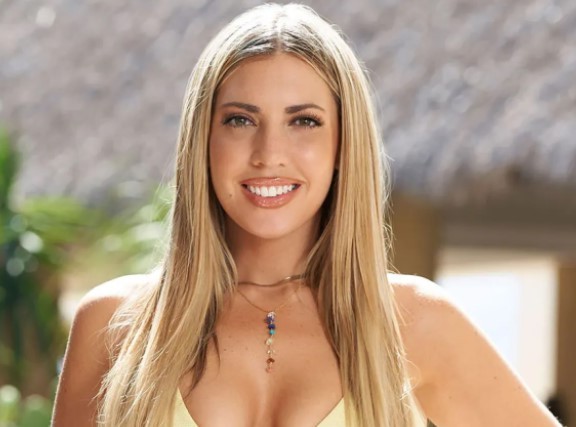 Give up the bachelor’s crown? After Victoria Larson appeared in the films “The Bachelor” and “Bachelor in Paradise”, she gained fame as a villain who compared herself to a “queen” and later to a “goddess”. Now she talks about what the shooting was like.

“Being on the show was probably the worst experience of my life and I truly hate producers,” the 29—year-old ABC personality captioned an Instagram Story post on Tuesday, April 5, after a fan asked about her impressions of the show.

She added: “However, I try to look from a bigger perspective. There are much more important problems in the world, and mine are insignificant in comparison with them. Focus on my blessings always. …One of my favorite things is when people recognize me and purposefully rude to me, [because] they think I’m a terrible person. It’s almost as cool as online trolls.”

Victoria took part for the first time in the 25th season of the series “The Bachelor”, which was hosted by Matt James. The Florida resident arrived in a tiara and called herself a “queen” all through the first night, even saying she hoped the 30-year-old “Dancing with the Stars” graduate would become her future king. Victoria was portrayed throughout the season as a bully, constantly mocking other women. She even tore the crown off Catalina Morales Gomez’s head because of the late arrival of the Puerto Rican native.

On a separate slide, she doubled down on her stance towards the show’s crew, noting that she “hates” them.

“[Because] they manipulate and choose ‘storylines,'” Victoria said.

After her time in the ABC franchise, the real estate agent made it clear that she did not regret her actions.

“To be honest, it was all fun,” Victoria told “Good Morning America” in January 2021. “If my words or actions hurt someone, for example, I sincerely apologize, and I will do better and take responsibility. I’m not a bully. I really don’t. … [The other members] knew me, knew my heart and knew that I really never had any evil intentions, so I think they looked at it differently just because they knew me.”

At the time , she added: “I expected to be well received, so to receive bullying messages, hate mail and death threats, [I] wasn’t ready for it at all. 100 percent, it was a shock. I don’t think my kindness has really shown up, and I have a really kind heart. I actually made friends with one of the new girls.”

The California native appeared in season 7 of Bachelor in Paradise, calling herself a “goddess”. In the end, she was sent home early due to the fact that she could not start a romantic relationship.

The ABC series, which is currently filming the 19th season of The Bachelorette with Gabby Windy and Rachel Recchia, has not publicly addressed Victoria’s recent allegations, although it has previously defended her initial casting.

“We used to have the villains from Shades of Grey [in the series] where you understand them better and maybe have more empathy for why they do certain things. It’s more black and white because people just hated her. I totally understand why some people might be put off by this,” executive producer Robert Mills told Variety in January 2021. ] good. And look, Matt said that’s what attracts him —a woman who is herself and a strong—willed woman – so you can’t say that Victoria is not like that.”

Some of the dragons we’ll see in the HBO series