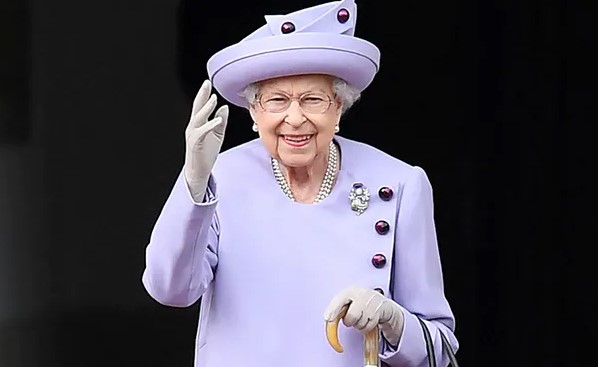 The closest relatives of Queen Elizabeth II went today to join the 96-year-old monarch after doctors placed her under medical supervision, which caused concern among British political and religious leaders.

Since October last year, the monarch of Great Britain, who has been in office the longest, has been suffering from health problems, because of which she can hardly walk and stand.

According to aides, all of her children — heir to the throne Prince Charles, 73, Princess Anne, 72, Prince Andrew, 62, and Prince Edward, 58 -were either going to join her at the royal Balmoral estate in Scotland.

Also heading to Balmoral were Charles’ eldest son Prince William, along with his youngest son Prince Harry and his wife Meghan, who visited the UK on a rare visit after giving up royal life and moving to the United States.

The Queen — an instantly recognizable figure to billions of people around the world — is celebrating her platinum jubilee, marking 70 years since she succeeded her father King George VI in 1952.

Moments before Thursday’s announcement in the House of Commons, Prime Minister Liz Truss, her ministers and opposition leaders were handed notes urging them to leave the Chamber.

“The whole country will be deeply concerned about the news from Buckingham Palace at lunchtime,” the new prime minister tweeted just two days after the Queen appointed her at Balmoral to replace Boris Johnson.

“My thoughts — and the thoughts of people across the United Kingdom — are with Her Majesty the Queen and her family right now,” added Truss, who was supported by the leaders of Scotland, Wales and Northern Ireland.

One photo of the Queen greeting the Track at Balmoral on Tuesday has already caused alarm, as a dark purple bruise is visible on the monarch’s right arm.
Archbishop of Canterbury Justin Welby, a senior cleric of the Anglican Church led by the Queen, said she was praying for him.

“May God’s presence strengthen and comfort Her Majesty, her family and those who care for her at Balmoral,” he tweeted in comments supported by other religious leaders.

On Wednesday, the day after Truss was appointed the 15th prime minister during her reign, the queen abandoned a planned meeting with her council of political advisers after being told to rest.

“After further examination this morning, the Queen’s doctors are concerned about Her Majesty’s health and have recommended that she remain under medical supervision,” Buckingham Palace said in a statement.

“The Queen still feels comfortable at Balmoral,” the palace added.

The palace’s statement about the Queen’s health is very unusual.

“The Palace does not issue bulletins about the Queen’s health unless it is significant,” royal commentator and writer Robert Hardman told the BBC.