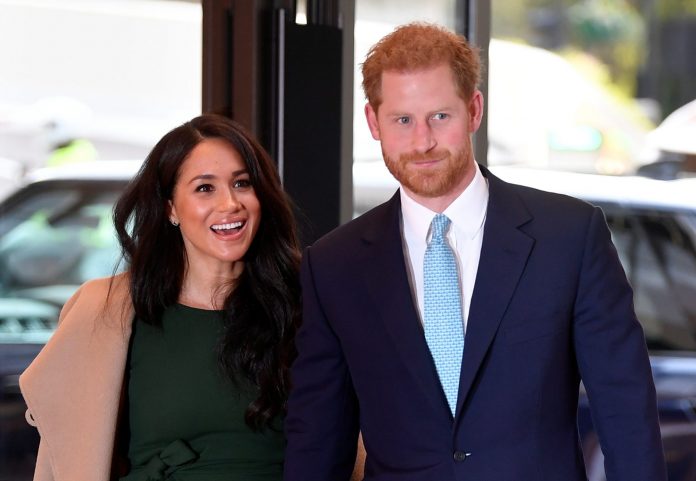 Since the Megxit, Queen Elizabeth does not give gifts to Meghan Markle and Harry! And the monarch even orchestrated a small revenge.

Even in exiles in the United States, Meghan Markle and Harry continue to annoy the Windsors. Like Queen Elizabeth II. But the mother of Prince Charles no longer wants to let it go.

For almost a year, Meghan Markle and Harry have been living totally reclusive in Montecito. Installed in a dream villa, they also raise their little Archie away from prying eyes.

And Doria Ragland, the mother of the Duchess is never far to lend a hand. Last I heard, all is well for the Sussexes!

In the past year, they hit the jackpot by signing a golden contract with Netflix and Spotify. The couple could therefore unveil some projects in 2021!

And that’s not all. On February 14, Meghan Markle and Harry made it official that they were expecting a second child.

On the Web, the news made their community happy! In any case, Archie’s parents are not determined to become active members of the Windsor clan again.

A few days ago, they again let the monarch know. Has Prince Charles’ mother decided to take revenge?

It seems like ! Due to the pandemic, Queen Elizabeth II had to cancel the Commonwealth ceremony scheduled for March 8. And the sovereign could well and truly steal the show from her grandson in the days to come!

MEGHAN MARKLE AND HARRY CONTINUE TO ANGRY THE WINDSOR CLAN!

On this very special day, Queen Elizabeth II always delivers a speech that is eagerly awaited by public opinion. But this year, his speech will not be broadcast on the same day as the Commonwealth.

See Also
Meghan Markle is back in England!

But indeed March 7, the day before the scheduled date. In addition to the BBC, fans of the Firm will also be entitled to a program focused on the royal family. Class!

Only problem! It falls on the broadcast day of the interview with Meghan Markle and Harry orchestrated by Oprah Winfrey! Via the show entitled: “Oprah With Meghan and Harry: A CBS Primetime Special”, the Sussexes should therefore give themselves up without filter on their new life in the United States.

A great first since the Megxit! We can’t wait, don’t you ?!

While some want to know more about their upcoming projects, others fear they will shamelessly tackle the Windsors in order to improve their image.

Note that the monarch’s speech will air a few hours before Oprah Winfrey’s show with the Sussexes. In any case, the English seem to have a stubborn grudge.

Indeed, according to a study launched by “YouGov”, the majority of Britons have said they do not want to watch the interview of Meghan Markle and Prince Harry. Atmosphere!

V stands in solidarity with ARMY with a very special thing