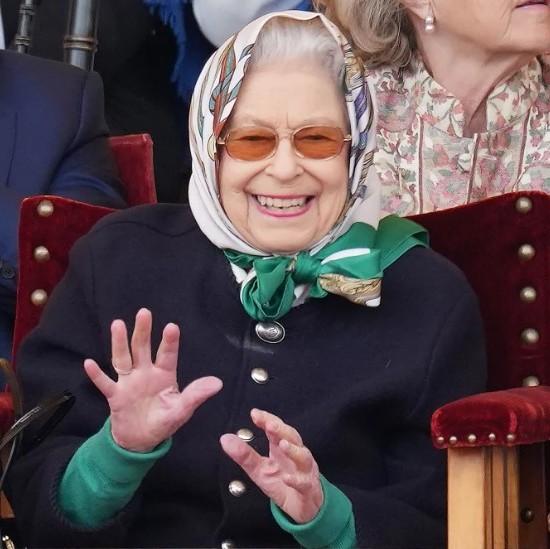 Just smile and wave. Queen Elizabeth II rarely appeared at a public event due to health problems that prevented her from performing royal duties, and one comedian cautiously made a bold joke at her expense.

“Your Royal Highness, on behalf of all those present, we would like to thank you very humbly for choosing us at the state opening of Parliament,” comedian Omid Jalili joked at the Windsor Horse Show’s Gallop Through History event on Sunday, May. 15, which was the queen’s first event in weeks. “You did the right thing and I won £5 by arguing with the owner of my local kebab shop in Ipswich.”

On Tuesday, May 10, the 96-year-old monarch decided to skip the state opening of parliament due to ongoing “episodic mobility problems,” Buckingham Palace said in a statement the day before. During her 70 years on the throne, her absence was only the third time she missed this event. Her eldest son, Prince Charles, instead read “the Queen’s speech on behalf of Her Majesty,” according to the palace.

While some viewers at the Windsor Horse Show were shocked by Jalili’s slight lunge, the Queen herself instead smiled back and waved to the crowd.

Elizabeth seemed to be in good spirits during the weekend at the horse show, which was held in honor of the platinum jubilee, marking her 70th anniversary as the reigning monarch. Her Majesty not only watched the parade of her horses in one of the processions, but also saw her granddaughter Lady Louise Windsor arrive in the carriage of the late Prince Philip. In addition, the Queen was celebrated with a speech by Helen Mirren and other celebrities, including Tom Cruise.

Over the past couple of years, the monarch’s health has been called into question as she was forced to miss several events due to various medical problems. In October 2021, she was briefly hospitalized for unknown reasons, and the following month missed Memorial Day events due to a sprained back. In February, she tested positive for COVID-19.

However, last month she was forced to skip Holy Thursday, April 14, the Thursday before Easter. A few days earlier, she had visited Prince Harry and Meghan Markle, who were in town for the Invictus Games. The 37-year-old Duke of Sussex later told Hoda Kotb that his grandmother was “[in] great shape” and that he made her laugh.

Bradley Cooper was engaged by a photo with a fashion goddess

Lucifer Season 5: Behind the scenes with Chloe revealed!