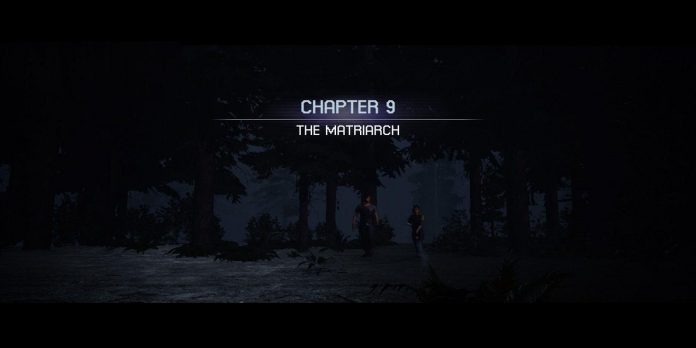 Supermassive Games has released The Quarry, another interactive horror game similar to the anthology “Live till Dawn” and The Dark Pictures. As in previous chapters, The Quarry hides Tarot cards, historical clues and evidence throughout the level.

Chapter 9 focuses on Laura and Ryan’s survival against the Hackett family. It also contains the most collectibles of all the chapters of The Quarry, so it is recommended to make backups of The Quarry manually in case players miss any of them.

Inspecting the Hackett House as Ryan

There is an additional limitation in Chapter 9, which is to keep the Career Advisors alive, but there are enough opportunities to collect all the collectibles before they are missed. There are four Tarot cards in total, four hints and one proof opportunity.

After several tense interactions with the Hackett family and their fate left in the hands of the player, Ryan will try to hide in the house from the big hunter, finding himself in a dirty bedroom. Once it becomes manageable, go to the right side of the bedroom to get the opportunity of Proof #9: Kayleigh Hackett’s letter.

These are the only two collectibles Ryan can take, but when he checks the bedroom door, the concealment sequence will begin. After a Quick-Time sequence of events in which Ryan tries to escape, the gameplay will soon shift to Laura.

Unlike the previous section, Laura can start in two different places (depending on whether she has evaded the Hacketts or not). Either way, collectibles are available, but if Laura has been shot/subdued, it will take her a little longer to get started. collecting items.

The first clue can be grabbed as soon as Laura finds herself in a room with a piano and decorated with blue wallpaper. Hackett’s story clue #15 will be on the dresser in front of the stairs, which can be assembled after a quick inspection. Keep going upstairs to explore the other rooms.

At the top of the stairs, keep going straight and into the office. Another HH clue (#16) is hanging on the wall: the Hackett family tree. Exit the room and go to the next one, but stay away from the door, otherwise the cut scene will automatically start. Instead, go to the large windows and the camera will show the Tarot Card No. 19.

The aforementioned cut scene leads to an episode of the Quick-Time Event and a battle with the Hacketts, but all of Laura’s collectibles will be obtained here. Thus, the player can allow these events to continue as they see fit before continuing the action with Dylan and Caitlin.

When Dylan and Caitlin are at the dump, the first step to exploring is to find a hut on the right with a button on the table to open several doors nearby. There is another collectible in this area, up the stairs nearby and along the walkway. On the table at the end is HH Tip No. 15 in the form of an accounting book.

After Dylan presses the button, go through the newly opened area to the landfill. There are several ways, but the fastest way is straight to the storage container tunnel. On the other side is a staircase leading to the container; here is Tarot card #20, which will appear when Dylan passes to the left of the stairs.

After Dylan collects this Tarot card, he will be able to go down another ladder to the yellow crane. However, DO NOT approach it yet; otherwise, the cut scene will start and the collectibles will be lost.

Instead, go left between the two staircases and approach the sign with the green circle. Inspect it to find Fire Clue #8 Freakshow, the latest collectible in the Dylan section in Chapter 9.

In search of the Hierophant card as Abigail/Emma

The Hierophant’s Tarot card is only available if Abigail and/or Emma are alive and not infected. If none of them are alive, then the scene in the basement of the cabin will not appear at the end of Chapter 9.

As soon as the players regain control, immediately go straight to the stairs. Keep going and the Hierophant’s Tarot card will appear as soon as the camera perspective changes. This card will trigger a cut scene with an elderly woman reading Tarot related to The Quarry ent.

After this last Tarot card, all the collectibles of Chapter 9 will be received. There is only one chapter left, and hopefully some players will be very close to getting any desired trophies/achievements previously unattainable.

This Is How Sylvester Stallone Looks Like Stakar In His Return...