Home Tech What to do in quarantine? Options for those who love sports and... 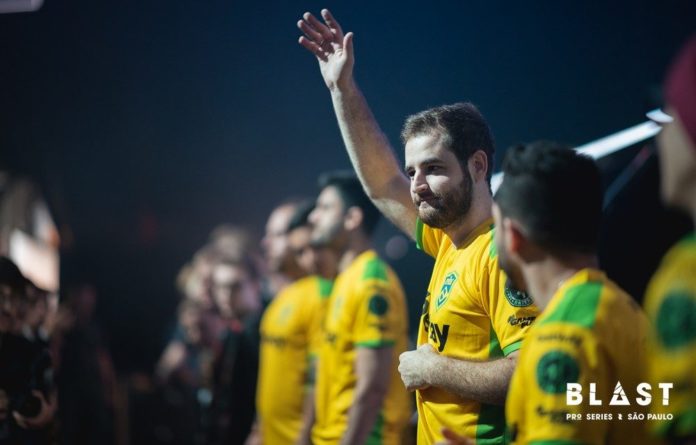 In quarantine times due to the coronavirus pandemic (Covid-19), it is normal to look for what to do in your spare time. Competitive esports and video game fans have a few options. Streaming platforms, like Twitch, broadcast live tournaments, and there are also game options to download for free, courses to make and improve in gambling and even movies and documentaries about the gamer universe to watch. All free. Below are five entertainment options for those who love esports and video games during social isolation.

The extra time can be good for those who want to climb the ranks of competitive games. Practicing moves, discovering your style of play and the function with which you identify most in a team are some points that can be improved with more time available. Competitive games to face are not lacking, since most are free to play.

Do courses
Games Academy, by Gabriel “FalleN” Toledo, released all of his classes for free. The institution offers courses for those who want to improve their performance in CS: GO and, who knows, be a professional player. Altogether there are 327 lessons, where the MIBR captain covers numerous topics, such as quick tips for TR and CT at Nuke, stolen positions on the main maps and analysis of DEMO.

For the LoL player, the tip is Prota Games. Although the online course website has paid content, some lessons are published on your YouTube channel for free. The Makilândia channel also has a complete LoL course, teaching points such as group control, wardar, farm and what to do in a teamfight.

Watch tournaments online
With the quarantine, the main esports tournaments are taking place online. Among the championships in progress, we highlight the Pro Leagues of CS: GO and Rainbow: Six Siege (R6), the FLASHPOINT of CS: GO and the Overwatch and Call of Duty leagues. The League of Legends Championship Series NA (LCS) and the League of Legends Championship Series of Europe (LEC) also migrated to online matches, rather than face-to-face.

There are also traditional sports championships that, with the stoppage, won digital versions in video games. This is the case with Formula 1, Formula Indy, NASCAR and the US rugby league. Some matches of the main football leagues in the world have also won digital editions with FIFA 20.

Finally, it is worth highlighting the friendly charity events. The League of Legends CBolão was a Brazilian highlight. The country will return to the fight on April 6 with the Brazilians Against Time 2020, a marathon that will gather the biggest speedrunners in the country to raise funds to fight Covid-19. The same will do the Games Done Quick (GDC) in its new marathon, which takes place between 17 and 19 April.

Make Lives
Quarantine time can help anyone who wants to live. Opening a stream channel requires time and dedication, from choosing the platform, configuring equipment and programs, choosing games and content format. Another important point to be a successful streamer is the analysis of post-transmission statistics.

Watching films and documentaries
Red Bull has released on its website some documentaries related to esports, which can be watched for free. They are “Mind of a Beast” (www.redbull.com/br-pt/films/mind-of-a-beast), about Daigo Umehara’s career in Street Fighter, the first Japanese pro player. “The Art of Street Fighting” (www.redbull.com/br-pt/films/the-art-of-street-fighting) shows behind the scenes of the preparation of the main names of Street Fighter, such as Daigo and Zeng “Xiao Hai “Zhuojun.