Home Entertainment Quality and free for PC on Tadpole Tales, Steam and Itchi.o 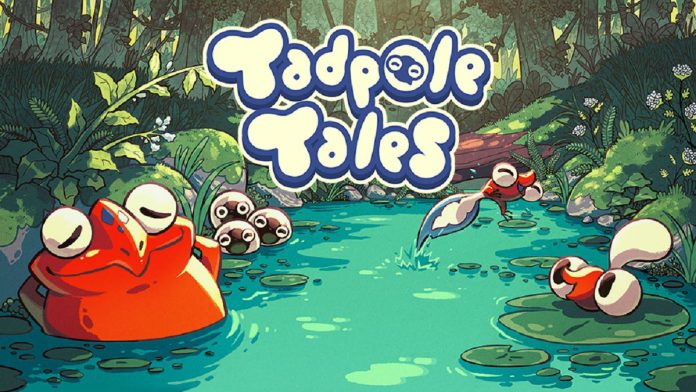 We got a taste of one of the Steam sensations of the last few weeks, with over 50,000 downloads thanks to its lovely art and solid approach.

Tadpole Tales is one of those completely free games that appear on Steam from time to time to surprise us and allow us to have a good time with something well executed, while serving as a letter of introduction to the public by its creatives. It is usually more common to find F2P titles with some type of monetization model, or in the form of demos to support a commercial launch, but sometimes there are projects that are free without more, although it is not so common that they take care and finish that has this one in particular.

Billed as “Clean’em Up,” it tells the story of a brave tadpole who must defend his idyllic river from three evil corrupt forces who want to bring corruption and pochedumbre to this haven of peace and beauty. To defend it, we will use our ability to spit clean, crystal clear water at the invaders and cleanse them to make them aware of their actions. All this is posed in the manner of a horizontal scrolling shmup, but with the sympathetic premise of cleaning in which the enemies do not disappear or are destroyed, but remain clean and leave with a smile of relief, as if they had been removed. a weight off you.

It is an extremely simple title, with a continuous progression divided into three sections of enemies with random patterns and three final bosses that we must defeat to be victorious. The mechanics are simple and the attack patterns are not complicated, although the randomness always complicates things in this genre, especially since the protagonist is somewhat slow – although most of the projectiles are also. We will start the game with two hearts that allow two hits before dying and starting over, but we will have space for another two hearts that if we acquire them will increase the size of our tadpole (which is not an advantage) and will allow us to make more powerful attacks. .

It won’t win the shmup of the decade, or the month award, but the fact that it has to be started over when all our hearts fall and a certain balance between set speed, random component, and our limited offensive abilities makes it a good pastime. However, its strong point is a remarkable artistic section, with friendly and well-animated characters, an environment as colorful as it is pleasing to the eye, a catchy melody and a multitude of small touches that would make it pass for a commercial production if it had more content. Things like the way the protagonist tadpole squints his eyes when he “shoots” not only gives him an extra charm and personality, but also says a lot about the group’s attention to detail. In fact, it is not unreasonable to say that it looks much better and more finished than a good handful of commercial games that we can see every day on Steam.

A bet on good work, without looking at the price

Its launch and the several tens of thousands of downloads that it accumulates and that has catapulted it to the coveted position of “trend” within the Valve store has generated a certain stir in social networks, at a time in which prominent figures of the The independent scene is advocating a general increase in the price of indie productions in order to achieve better conditions and healthier businesses for developers, who in this area tend to work without a safety net because they are personal businesses in which they bet on savings and sacrifice quality of life to achieve the “indie dream”.

The main person in charge, Zizhen Andrew, replied in a twitter thread to another independent developer that he had launched a poll on whether his followers thought it was okay to watch free quality games or it was something immoral that depleted the value of the set (they won the votes to in favor of quality free games by 71% versus 28% of 702 votes). The argument is that he could not see his work as immoral when it was work that he and his team had developed by apprenticeship and that they had never been sure if they would finish. In any case, he argues, the “market is not saturated to the point where people don’t buy games, that has never been the case. If anything, the market is heading in a new direction in which it will give more opportunities to people to develop a career ”. All in a very cordial tone, no acrimony from either party, just an exchange of views between developers and fans.

In any case, Tadpole Tales can be downloaded at Itchi.o and on Steam and the developer maintains an active YouTube channel where he talks mainly about development and the challenges that he and his “Pinnical Studio” team have experienced in the development of this project, something of undoubted value for those interested and aspiring to enter the video game as a profession. And he already anticipates that “there will be more news from us in the future.”

Dragon Ball Super, Chapter 76 Now Available: How To Read It...