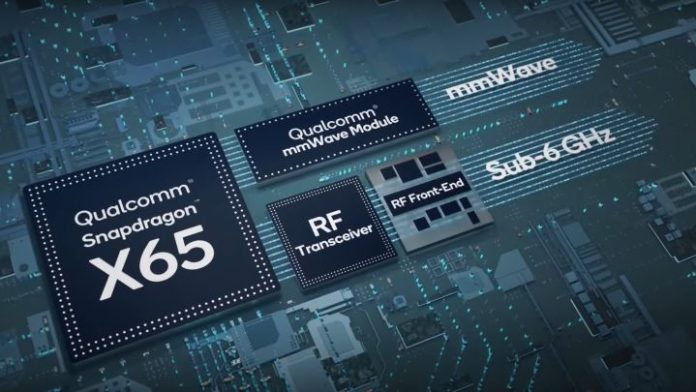 In the last two years there has been a word on everyone’s lips when it comes to telephony. This is 5G, the new connectivity that allows users to upload and download large files in a matter of seconds. The first modems only augured the beginning of what would come in the future, one that is not so far after knowing that Qualcomm works on a modem with 10 GBps.

10 GBps, the speed of the Snapdragon X65

It is customary that every year we see some improvement in the mobile devices that we have on the market. This is determined, in part, by the assembly of better processors in each shipment that provide improvements depending on what type of terminal. In this case we have to focus on one of the important components of these chips, specifically the Snapdragon X65 modem that was presented today.

The speed is overwhelming, since we would be talking about being able to send a heavy file in a second, like half an hour of a video recorded in 4K with your smartphone. It corresponds to the fourth generation of this type of chip and promises a global connection to all known networks. However, 5G will be the most outstanding with a speed that exceeds the maximum of its predecessor.

Everything is thanks to its QTM845 antenna, an improvement from the previous version that will help to link in a stable way with a telecommunications network. But for this, an artificial intelligence is also integrated that will take care of nothing less than maintaining the best connection to the most powerful network at all times.

That Qualcomm presents its new Snapdragon X65 chip with up to 10 GBps is great news for users, but the question for many is when we will see this device in action. Specifically, it will arrive with the last batch of mobiles that come out this year and, of course, all those that arrive in 2022. That said, we could be talking about the antenna that carries the processor of the next Samsung Galaxy S, a company that was already exploring 8 GBps with a 5G connection.