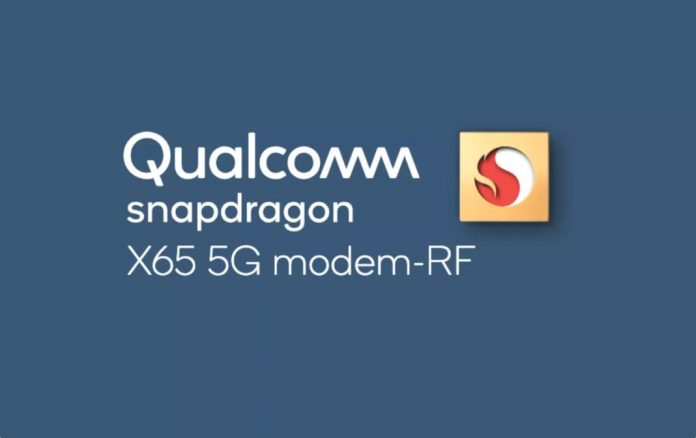 Qualcomm introduced its newest 5G modem. The Snapdragon X65 is the follower of last year’s Snapdragon X60 modem, which we see as a part of the Snapdragon 888, which was announced at the end of last year and is slowly starting to see on smartphones. Qualcomm stated that the new modem will offer much, much higher speed, reaching speeds of up to 10 Gbps; It states that it can be used in standalone or non-standalone 5G networks.

It will take some time for the X65 modem to come to any device. To give an example from the past, the X60 was also announced this time last year. But months later, Snapdragon is starting to find its place as part of systems with 888 processors. We expect the same situation to happen again this year. So we’ll see the X65 in next year’s flagship Snapdragon processor, which will be introduced next December.

Presented as a significant improvement over the 7.5 Gbps introduced in last year’s model, the new 10 Gbps maximum download speed does not make much sense in practice. After all, almost no 5G network can provide this type of throughput at the moment. However, we can consider this speed as a future investment.

For future enhancements, this flexibility is at the heart of one of the other great features of the X65. There is support offered for the upcoming 3GPP Release 16 specification, and Qualcomm says it is the first modem to do so. This is a version called “5G stage 2” designed to improve things like massive MIMO connectivity, power consumption, and more. Version 16 also aims to help 5G networks expand from consumer to more commercial use, with better support for unlicensed spectrum and non-public networks.

For this purpose, Qualcomm says the architecture of the X65 modem system is upgradeable, allowing the company to add new features over time. He says that especially with the release of 3GPP Version 16, it will allow devices to remain connected and up-to-date for longer.

In addition to the new modem system, Qualcomm also announced the 4th generation mmWave antenna Qualcomm 545 mmWave antenna, which keeps the size the same as the third generation model but provides support for higher transmission power and the entire global mmWave frequency range.