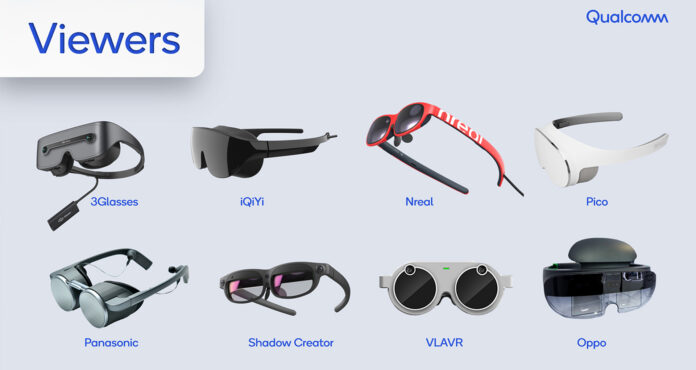 Qualcomm, which powers the world’s leading virtual and augmented reality (VR / AR) devices today, shares very useful information about the future of this issue. The company also showed off the hologram based conference system Spatial to inform the media prior to the Augmented World Expo event to be held this week.

Although we’ve heard a lot of ideas about how VR / AR technology will be in the future, we need to wait a few years, not a few months, for these ideas to come true, but Qualcomm, which has empowered many hardware with its chips and software, has already started to build the foundations.

For the next decade, mixed reality technology is expected to be a revolutionary technology for standard consumers and business. The first examples showing us the technology of the future have always been connected to the computer until now, or used our smartphones as screens but now the “XR viewers” connected to the smartphone have started to be developed gradually.

Qualcomm today introduced the XR Optimized certification program for smartphones with Snapdragon processors. The company also shared the features and supported software of the XR viewer during the promotion. As of today, 9 companies, including Nreal and Pico, are working to develop compatible hardware. However, 15 giant operators support Qualcomm’s XR viewer movement.

Hugo Swart’s predictions about the future:

The next step of XR viewers will be wireless XR viewers. So how will this be achieved? According to Qualcomm XR President Hugo Swart, Wi-Fi 6E technology will be used to connect wireless VR and AR viewers to smartphones or computers.

According to Swart’s estimates, 1 or 4 years from now, wired XR imagers will be replaced by wireless ones. Although these devices are wireless, they will perform their operations and 5G connections on the device they are connected to, but independent XR devices will be reduced during this time, but they will not be a completely separate glasses.

Continuing to share his predictions, Swart also talked about the future XR glasses. According to Swart, XR glasses will have their own processing and connection power 5 or 10 years from now. So any smartphone or computer will no longer be required to use XR technology.

The most consistent new claim on GTA 6 release date!