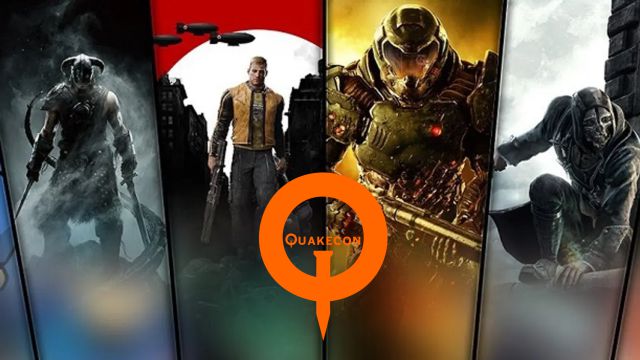 QuakeCon 2021: The Bethesda event returns this year with the same 2020 format, so there will be no face-to-face event. The coronavirus epidemic continues among us, which means that it is still not safe to organize mass events. Bethesda has announced the return of QuakeCon, which will be back in these peculiar circumstances. Like the 2020 edition, this celebration will take place in a completely digital format. It will do so from August 19 to 21, as they have published on social networks.

“We look forward to returning to Dallas to celebrate QuakeCon, but keeping our staff, volunteers, and of course, the community safe. This year’s QuakeCon will once again be a digital-only event ”, they have confirmed from Bethesda. Specific details on the schedule will be provided later in June. What news will there be?

This is the first time that QuakeCon has taken place since Xbox’s acquisition of Bethesda. The North American company announced the agreement with Zenimax Media last year, but the operation was completed during the first months of 2021, when it received the approval of the different institutions of the European Union. News and surprises are expected, although at the moment absolutely nothing has transpired about what they are preparing for the event.

The fairs are gradually recovering their tone. E3, the most important video game event to date, was canceled last year, but this edition will not be missed. Some companies such as Warner Bros, Nintendo, Xbox, Gearbox, Bandai Namco or Square Enix have already confirmed their presence. Bethesda used to hold a conference, but now that it is part of Xbox Game Studios it is unknown if they will take advantage of the Microsoft umbrella to make all their announcements.

Bethesda is currently working on The Elder Scroll VI and Starfield, a new intellectual property. Machine Games, the studio responsible for Wolfenstein 2, is running a project based on Indiana Jones.

Could Kylie Jenner Be Pregnant? Fans Are Suspicious Of This