Home Entertainment Quake Mod turns the game into a Souls-like 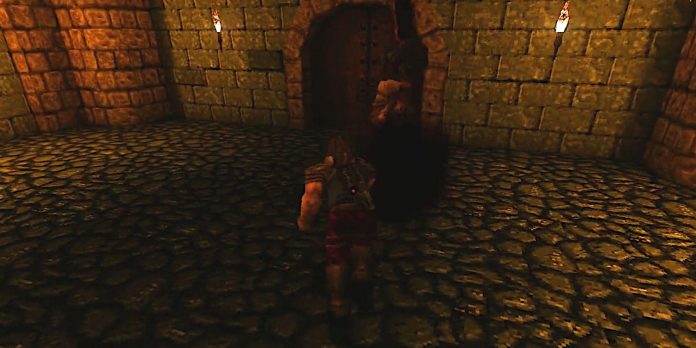 When it comes to classic shooters, Quake, Half-Life and Doom rank first as examples that really shook up and helped shape the genre. In fact, the first, along with the previous release of id Software, became one of the most influential FPS games ever created. To this day, people still play Quake, and perhaps what helps maintain its existence despite its age is the fact that special mods are still being created for it.

According to the PCGamesN report, another addition is being created for the classic first-person shooter. This Quake mod, developed by Jozsef Payor, who prefers to work under the pseudonym Adam, will turn the game into a third-person action game. The video shows it in action, and many will agree that it makes the 1996 release look more like Elden Ring or any other FromSoftware game.

RELATED: John Romero Says Doom Was the 90th Game He Made

In a conversation with PCGamesN, Adam said that he wants to turn FPS into something more similar to Souls with the addition of some Castlevania influences. The first thing that many will notice is a change in perspective with increased attention to hand—to-hand combat. The fact that this upcoming Quake mod leans towards something like Dark Souls, Elden Ring or Castevania is an interesting take on the game, but some might not be too confused by such a mix. If there’s one thing these games have in common, it’s their dark and Gothic aesthetic.

After its release in February, Elden Ring has become one of the most popular video games of all time. It currently has a Metacritic rating of 96, which puts it on a par with games such as Mass Effect 2 and The Elder Scrolls 5: Skyrim. Given the huge popularity of the FromSoftware game, as well as the cult status of Quake, it is not surprising that someone is currently working on combining these two favorite games.

Although there were other games in the series, most consider the original 1996 Quake to be the most classic. Unfortunately, there hasn’t been a new record since 2005. However, with the recent hiring of id Software, some are wondering if this means there will be a brand new game, reboot, or another entry in the Doom franchise. It is unknown what the developer is currently working on, but at least there are many mods for people who want to add something new to this influential Gothic shooter.

Quake was originally released in 1996 and is now available for PC, PS4, PS5, Switch, Xbox One and Xbox Series X/S.

Game of Thrones: The problem behind the scenes that was not...