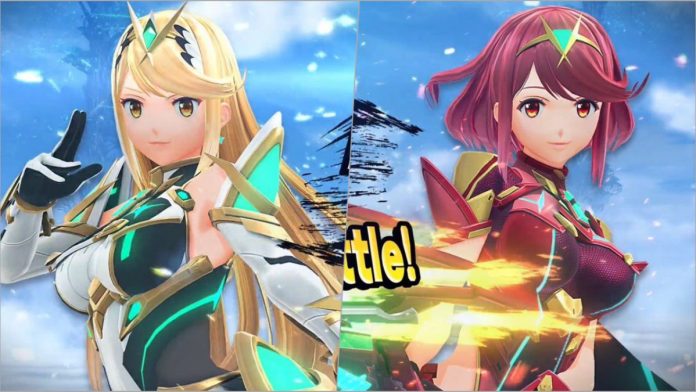 Nintendo announces the new addition to the roster of fighters for the Nintendo Switch title. It is part of the so-called Fighter Pass Vol. 2.

Nintendo has revealed during the Nintendo Direct this February that Pyra will be the new playable character in Super Smash Bros. Ultimate for Nintendo Switch. Rex’s sidekick in the celebrated Xenoblade Chronicles 2 (2017, Nintendo Switch), the character teams up alongside his alternate personality Mythra; that she is also the companion Blade of Addam in Torna – The Golden Country, the additional DLC of the video game. Its premiere will take place this March.

As with other characters, Pyra / Mythra will arrive accompanied by her music, movements and scenery, although it will be later when we learn more details about her special attacks and what differences there are beyond aesthetics between both personalities.

All about the Super Smash Bros. Ultimate Fighters Pass and Fighter Pass Vol. 2

It should be clear what the Fighters Pass is in Super Smash Bros. Ultimate. This season pass is available for purchase for 24.99 euros and includes Joker (Persona 5), ​​Hero (Dragon Quest), Banjo & Kazooie, Terry Bogard (Fatal Fury) and Byleth (Fire Emblem: Three Houses). On the other hand, we have the Fighters Pass Vol. 2, which has a total of six fighters, and of which we knew until now the identity of a total of three contenders: Min-Min (ARMS), Steve (Minecraft) and Sephiroth ( Final Fantasy VII). The rest will be known gradually until December 31, 2021.

The price of this second volume of downloadable characters for Super Smash Bros. Ultimate is 29.99 euros and is available in the eShop. On March 26, the amiibo figures of Bajo and Kazooie, Terry and Byleth will arrive in stores.

Super Smash Bros. Ultimate is available exclusively for Nintendo Switch. As of December 31, the game had already accumulated more than 22.85 million copies, the best-selling fighting game in history and, consequently, also the most successful Super Smash Bros. of all time.

You can find out everything about the Nintendo Direct for February 2021 through this link.

Elite: does season 3 offer us too clichés characters? [FOLDER]

Plus belle la vie: Samia and Boher suspect their marriage!