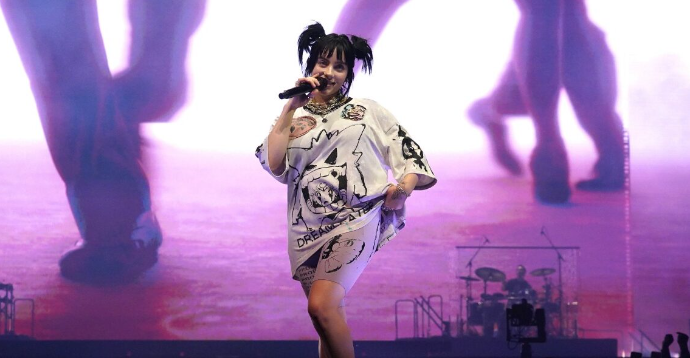 The roar of the crowd, blinding lights, instrumental sounds and a sensational voice in the spotlight. Yes, you are creating the right picture in your mind. This is one of your memories of the concerts of the singer James Bond, which will forever leave a mark in your memory. In recent years, millions of fans have attended these fascinating events, where they had the opportunity to hear Billie Eilish live.

The artist from California takes to the stage from time to time to charm the audience with her surreal voice. All the musical tours of this world superstar have always been unforgettable, because she put so much effort into communicating with her fans through music. And now the young superstar is ready to celebrate her appearance on the big screen, as PVR Pictures shares a brief overview of the premiere of the O2 Arena.

In a tweet sent out by the official PVR Pictures page, they shared the official trailer for Billie Eilish Live at the O2. The one-minute video showed stunning fragments of the historic concert at the O2 Arena in London, which took place last year.

The #BadGuy #BillieEilish is making her way to #PVR!
Here's the official trailer of Billie Eilish Live at the O2 (Extended Cut). Watch 6-never before aired performances in this exclusive ONE DAY ONLY event on 27 Jan 2023.
Stay tuned for ticket booking updates! pic.twitter.com/8DaFKjVFCa

The concert, which has become a movie, will include six exclusive performances by the Bad Guy vocalist. Don’t forget that this will be the only chance for fans to see this exceptional musician on the big screen. Meanwhile, PVR Pictures also asked people to follow the news about booking tickets.

Moreover, this extended film will give fans new impressions of the unfiltered melodies of the Grammy winner. This release, created by Sam Rench, will feature 27 songs shot “up close and from a personal point of view.”

The concert film will be released in theaters on January 27 for ONE NIGHT only. Are you excited about the grand opening of Billie Eilish’s music night? Let us know in the comments below.

These Apple iPads are in the Spotlight