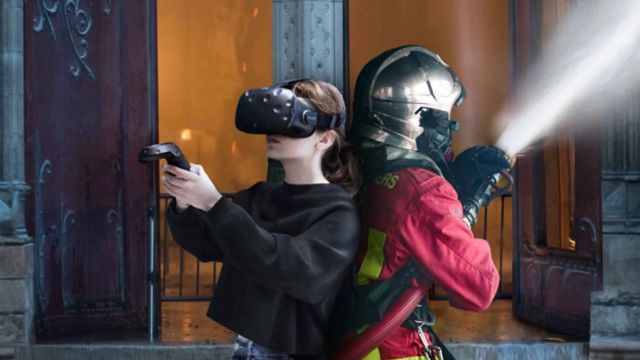 VR: The disaster of the Parisian cathedral will serve as the premise for the creation of a degree in virtual reality technology. Ubisoft has closed a collaboration agreement with Pathé to develop a virtual reality video game based on Notre Dame on Fire, a docudrama recorded in IMAX by Jean-Jacques Annaud. The company responsible for Far Cry 6, Assassin’s Creed Valhalla and Tom Clancy’s Rainbow Six Extraction will put players in the shoes of firefighters who fought against the flames in Notre Dame Cathedral on April 15, 2019.

Ubisoft’s Deborah Papiernik has said that Jean-Jacques Annaud knew they had “a special bond” with Notre Dame. “I suspect that was why he contacted us. I don’t think she was going to see [anyone else], she has told Variety. The first conversations arose in 2021, so they were aware that time was limited and that it was not possible to build a complete video game.

Save Notre Dame from the flames

This is an experience where you need to solve puzzles and cooperate with your teammates. “The idea is to go into the cathedral to look for relics and to fight the fire, because you have to save Notre Dame [before time runs out],” she added. Ubisoft has designed the product with the docudrama script in hand. The goal is for it to come out at the same time as the film, that is, in March 2022.

“It’s Notre Dame, it’s Paris and it’s a French film, but a product for the whole world,” Papiernik recalled.

The French company portrayed the cathedral for the first time in Assassin’s Creed Unity, the title set at the time of the French Revolution. To do this, the studio faithfully reproduced this architectural work, which after the fire has served to remember what some parts were like before they were consumed by fire, all through an interactive experience launched in September 2020.