Home Celebrity “Put him in the same boat” — why did Megyn Kelly compare... 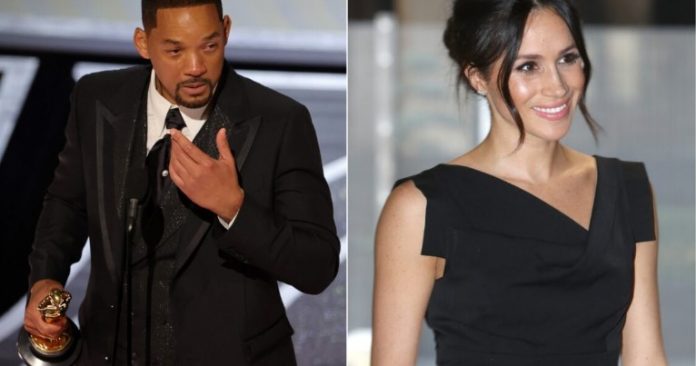 Does Meghan Markle look like Will Smith? Recently, these two have caused a lot of controversy. Host and news reporter Megyn Kelly seems to think so. And she brought her side of the argument to justify her statement. Both Will and Meghan are famous Hollywood celebrities, with the latter reliving her life as a royal family, living the life of a commoner in the United States.

There are some common features between them. Both have been in the news lately for not very good reasons. Another similarity is that both belong to the elite part of society. Kelly talks about Will’s slamming incident during the episode, drawing comparisons to Megan.

Megyn Kelly, who is currently a news reporter at GB News, mentioned the Duchess of Sussex when talking about the actor of the first magnitude Will Smith. According to her, the big stars are divorced from reality. On the Dan Wotton Tonight program, Megyn and Dan talked about how the stars behave before and after they are advised by their public relations team. Kelly told how the stars left the Oscars with $140,000 gift bags.

She then mentioned Meghan Markle, stating: “I put him (Will Smith) in the same boat as Meghan Markle.” Kelly compared Will Smith’s insult to the “whining and crying” of the Duchess of Sussex, which has occurred since joining the royal family. According to her, their struggle is nothing compared to ordinary people experiencing a gas crisis.

The “I’m a Legend” actor has become a source of both criticism and memes since hitting Chris Rock at the Oscars. Although the issue of Jada Smith’s participation has not yet been resolved, most people were angry that Will laughed at the joke until he suddenly walked up to the stage and slapped the host, joking about Jada’s hair. Other things that put him in a bad light were his dancing at the Oscar party and then his YouTube apology, which wasn’t as well received.

Do you agree with Kelly’s point of view about celebrities living in a bubble? Let us know in the comments.

Millie Bobby Brown: Has her role in Godzilla been revealed