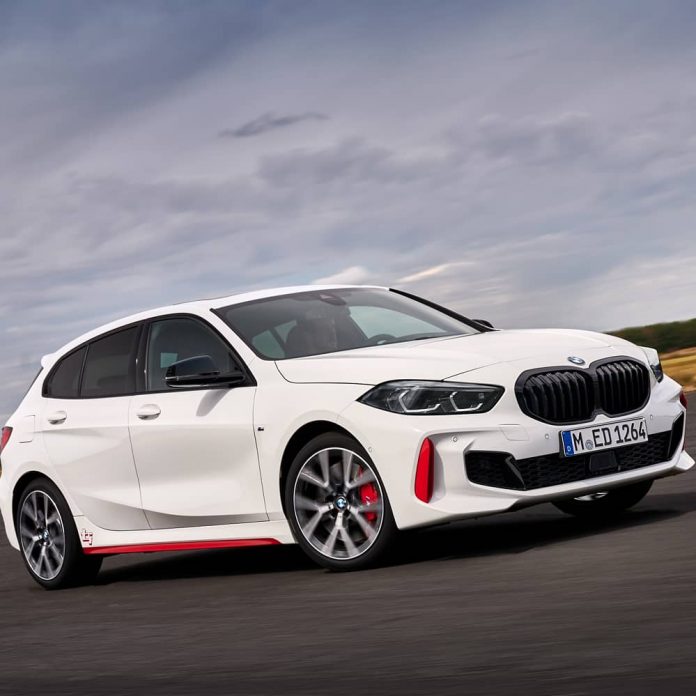 A new video has been released that will prove how ambitious the new BMW 128ti, which will be the toughest rival of the Volkswagen Golf GTI. In the published acceleration video, the BMW 128ti, which accelerated to 0-100 kilometers in 6.1 seconds, managed to surpass the standard equipment of the Golf GTI.

The Golf GTI, Volkswagen’s most ambitious car model, has received a strong competitor from another German automobile giant, BMW. The new front-wheel drive car, called the BMW 128ti, brought a new breath to the hot hatch, that is, the sporty hatchback market.

Although the new BMW 128ti does not have M equipment, it will be one of the most ambitious cars of the brand, and according to the latest take-off tests, BMW’s newest model can rival the Golf GTI and even leave it behind.

The speed tests conducted do not fully reflect the actual data of the BMW 128ti, but when comparing the factory data with the data from the speed test, we can say that the 128ti already makes BMW happy.

In the factory data submitted by BMW, the vehicle was expected to accelerate from 0 to 100 kilometers in around 6 seconds, and in the speed test, the BMW 128ti accelerated this speed in only 6.1 seconds. Although the BMW 128ti has managed to leave the standard equipment of the Golf GTI behind, it still has not been able to beat the record of Clubhouse equipment with DSG transmission.

BMW 128ti with 2.0 turbo gasoline engine produces 265 horsepower and 400 nm torque at the same time. You can watch the video of testing the new BMW 128ti below.