Home Entertainment Pure Photorealism: This Is What The New Demo Of Unreal Engine 5... 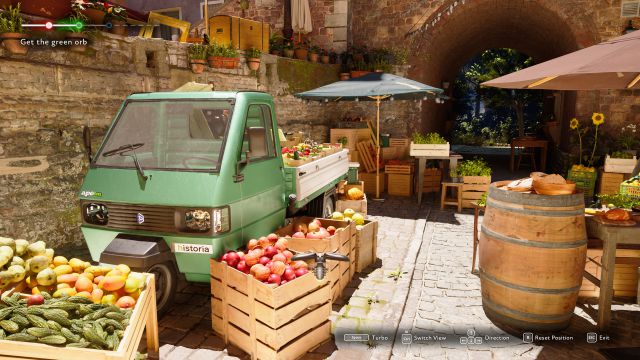 Unreal Engine 5: Under the name of The Market of Light, the demo can now be purchased for free on the Valve portal. It is developed by a Japanese studio. The Market of Light is the name of the new technical demonstration of Unreal Engine 5. Epic Games’ promising graphics engine, which is expected to start being used by video game studios in 2022, offers us a new look with this demo free now available on Steam. The margins with reality are getting narrower.

The demo, which lasts between fifteen and thirty minutes, is developed by the Japanese studio Historia, responsible for The Caligula Effect: Overdose. As we can see, the reflections, progressive visual effects and dynamism in the lighting are superlative.

Unreal Engine 5 in a new video: the light market

“This is a short game and a technical demonstration created with the early access version of Unreal Engine 5. The player is a firefly that collects orbs of light scattered around the market,” they explain in the product description, which we can download now on the Valve portal.

Like the previous demos of Unreal Engine 5 that we have seen during these last dates, this The Market of Light uses both Nanite – a polygonal geometry system to create polygons with thousands of geometric details without losing quality, automating many tasks – such as Lumen – hyper-realistic lighting technology—; although this time a new visual effects tool is added such as Niagara.

This representation of a new generation serves as a preview of what videogames may become in the coming years; not only on PC, but in the future also on consoles such as PS5 and Xbox Series X | S. Studios like The Coalition, from Xbox Game Studios and those responsible for the Gears saga, are already working with this engine; as well as many other development teams such as Epic Games itself, which plans to migrate its Fortnite phenomenon to Unreal Engine 5 in the near future.