Pulp Fiction: Times of Violence (1994) was a film that not only consolidated the neonoir in American cinema, but also made Quentin Tarantino’s name as one of the most promising directors of the generation, showing a work that caught the attention of its realism. raw and by dialogues classified as genius. The film is full of unique details and has its technical achievements as one of the great highlights, being full of nuances that few are able to see.

Over the past few decades, Tarantino has shown itself to be a versatile name in the industry as it knows how to balance the performances of its casts with the competence of excellent technical teams, with an emphasis on soundtracks and camera games. However, specifically in Pulp Fiction, an intriguing method of enactment drew attention to the tense — and tragicomic — scene of Mia Wallace (Uma Thurman) receiving an epinephrine injection to recover from an overdose.

According to reports, Tarantino chose to record the scene in the opposite direction, instructing John Travolta, interpreter of Vincent Vega, to pull up with all his strength a syringe already mounted scenically on Thurman’s chest. For this, the director had a series of quick cuts to generate dynamics to the frames, in order to convey to the audience the greatest possible truth and a hint of despair or haste.

The result? Well, we already know. After the actor marks the actress’ chest with the region where he should stick the needle, a shrill slamming sound is emitted to accompany the scene backwards, giving the impression that Vincent actually pushes an injection into Mia’s chest. The editing, which doesn’t last two seconds, is enough to completely change the air of the scene and revive the character.

Check out the original clip below:

Initially, Tarantino’s idea was to take inspiration from a scene in Martin Scorsese’s documentary American Boy: A Profile of Steven Prince and place a fake plaque on Thurman’s chest, filming the scene at his normal pace. However, the genius of the director led him to take a more practical initiative, following a resource that few have the courage to deal with.

What did you think of these devices? Leave your answer in the comments! 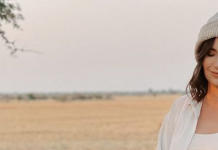