Home Tech PUBG.op.gg: how to view player and match statistics on the website 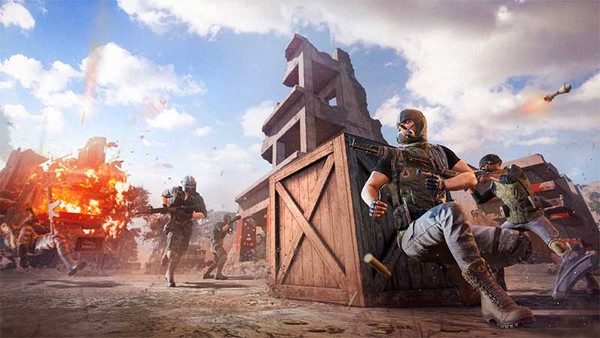 PlayerUnknown’s Battlegrounds (PUBG) is a Battle Royale with download for PC (via Steam), Xbox One and PlayStation 4 (PS4), and with mobile version to download on Android phones and iPhone (iOS). Within the game, players can check basic performance statistics in the game history. However, if the user wants to access more specific details about their performance, it is necessary to access alternative sites. On the pubg.op.gg portal, for example, the player can see statistics for all game modes and on all platforms, except the mobile version. It is also possible to see player ranks. See below for how to search for profiles and use the site.

At the top of the user profile page, it is possible to see data related to the performance in the game’s ranked matches. The number next to the green icon with a “’10” represents the number of times the player was among the last ten survivors. The blue icon with a “W” shows how many times he won the game.

In addition, PUBG.op.gg also records the numbers for duo and squad mode, and you can also view the record of players in past seasons.

K / D: slaughter and death rate. The higher the number, the greater the difference between playing eliminated by you and the number of eliminations you suffered;
Avg. Damage: average damage done;
Win%: percentage of matches in which the player was the last survivor;
Top 10: percentage of matches in which the player was among the last ten survivors;
Longest kill: the longest distance the player has achieved a kill;
Headshot: percentage of kills caused by headshots (headshots);
Avg. Rank: average player’s placement;
Avg. survived time: average time that the player remains in the game before being eliminated;
KDA: rate of kills, deaths and assistance.
Most kills: highest number of kills achieved by the player in a single match.
Match statistics
At PUBG.op.gg, users also have access to match numbers. The record of matches is at the bottom of the player’s profile page. Click the arrow to the right of the match record to view detailed statistics. It is possible to check data in solo, duo, squad, and also in first-person (FPP) modes.

Damage: damage caused in the match;
Kill: number of kills. The player can check the map available on the page where the slaughter was completed;
Distance: distance traveled along the departure;
Heals / Boosts: number of consumables used at startup;
Assists: total number of assists;
DBNO: acronym for “Down But Not Out”. Statistics only available for multiplayer modes. It is the number of times the player was knocked out, but saved by the team members.
Walk Distance: total distance covered by the player on foot;
Ride Distance: total distance traveled using vehicles;
Revives: number of times the player has been revived.