Home Entertainment PUBG: how to change the color of blood 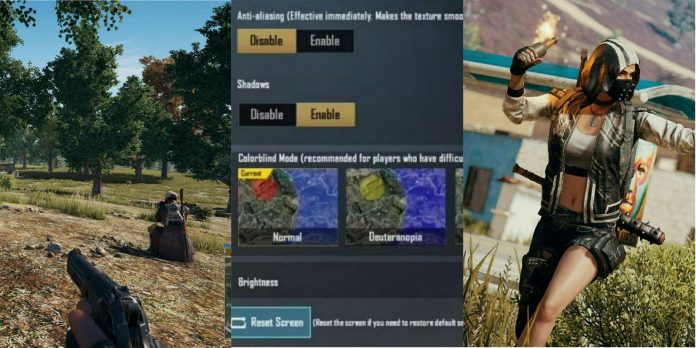 Battle Royale is one of the most popular shooter genres, and there are aesthetics and a set of mechanics for every taste. Some people like funny cartoon shooters with an exaggerated look. Others prefer their games to be hardcore mil-sims, drowning in dirty brown, yellow-brown and gray tones.

PlayerUnknown’s Battlegrounds (PUBG) tends to be realistic in most areas, but sometimes players look for a different aesthetic. One way to get the desired look is to change the color of the blood in the game. Whether it’s because it’s easier for the player to notice certain shades and he’s looking for a competitive advantage, or simply because it’s a cool change of pace, here’s the best way to change the color of blood in PUBG.

How to change the color of blood on a PC

The default blood color in PUBG is realistic red, but the blood color can be changed to one of several other colors. There have been several different ways to do this since the game debuted on PC, but given that some methods require the player to modify the game files themselves (rather than just tweaking the settings), thereby risking spoiling the functionality of the game, there is only one safe and recommended method.

First go to the game settings menu. From there, go to the “Gameplay” tab, and then to “Colorblind Mode”. These parameters were implemented in the game to simplify the game for players with various forms of color blindness, but any player can use them to change the appearance of the game. The game offers three different options for colorblind people, each of which will change the color of blood to another:

How to change the color of blood on a mobile phone

The solution is almost identical on mobile devices. There are only two blood colors available in PUBG Mobile: red by default and an alternative green. To change the blood color on your mobile phone, tap the Settings icon at the bottom of the screen, and then tap the Graphics and Sound tab. Scroll down to find the “Colorblind Mode” option. Listed here are the same three color options as in the PC version of the game, along with the original red blood as “Normal”. Select the desired mode and the blood color will be changed. These parameters can be changed even in the middle of the game through the settings menu if the player wants to change the situation on the fly.

However, the color of blood is not the only thing that will change if the player uses one of the three colorblind game options. The colors of the display of a number of game elements will also be changed: these are mini-map markers, trajectory indicators for grenades and other throwing objects, smoke from air drops, poison, incoming fire indicators and the red zone. Although the effect of these changes is largely superficial, they should be remembered by players who want to change the settings of the game.

A mini-game about fishing with Big The Cat will appear in...

Every video game for PS5 and PS4 is coming out soon